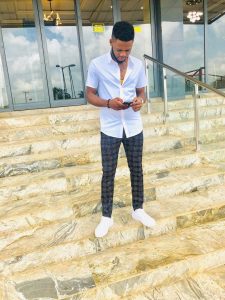 After several years of working with Epsalum , Richard is here to launch his own movie Platform. The extremely creative producer whom just buy a beautiful mansion has work hands to hands with the major guys in the industry has this to say about Nigeria’s movie industry Say “ The industry has become the country’s second largest employer and shows huge potential as an export product to the rest of the world. This is especially important for a Nigerian government which is keenly aware of the need to diversify from its over-reliance on oil for 90% of its export revenue. We all know that Not only was The Wedding Party a commercial success, but it was critically acclaimed when it made its debut at the influential Toronto International Film Festival last year. Still, despite Nollywood’s significant rise in production values and its already huge popularity globally, Nigeria’s movie business is still often perceived as an industry of disposable, poorly shot, and badly edited movies. Outside of the odd award show, its star actors, directors, and producers are rarely seen as creators of great art, I have vowed to step a standard to all this lapses from my own end as I Richard Ekeukwu embark on my production journey solely he said