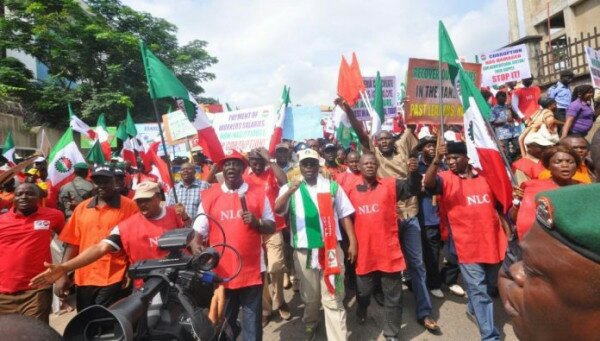 The Organised Labour has commended President Muhammad Buhari for assenting to the National Minimum Wage Amendment Act approving N30,000 for the least paid worker in the country.
Peter Ozoeson, the general secretary of the Congress, who gave the commendation also urged the president to ensure the law was immediately implemented, Premium Times reports.
However, the presidency has already said the bill goes into effect immediately.

The NLC in a statement said: “We at the Nigeria Labour Congress wish to express our appreciation to President Muhammadu Buhari for signing into law the new national minimum wage bill of N30,000.
“We commend Mr. President for doing the needful.
“However, we would use this opportunity to call for immediate implementation of the law, given the fact that this process has dragged on for nearly two years.
“In furtherance of this, we urge employers, particularly federal and state governments, to commence immediate negotiations with the appropriate unions on the impact of the new law on the wage structure with a view to timely and judicious implementation.”

Meanwhile, it had been reported that the Senate president, Bukola Saraki, congratulated Nigerian workers over the signing of N30,000 minimum wage into law by President Muhammadu Buhari.