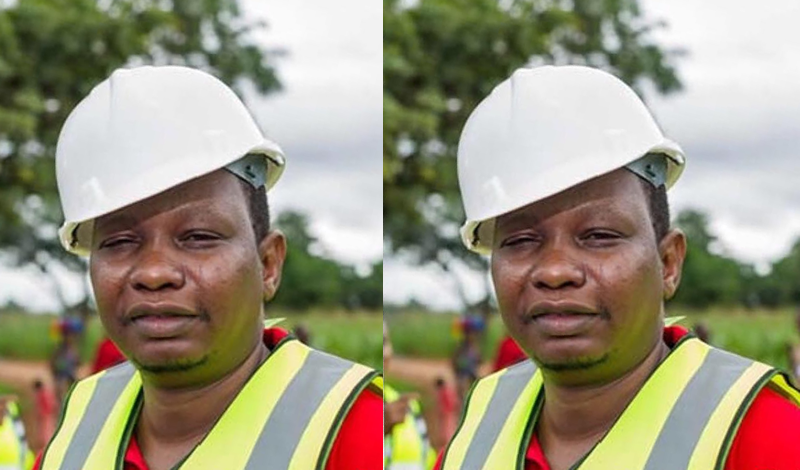 The Economic and Financial Crimes Commission (EFCC) has blocked 16 accounts traced to the Chief Executive Officer (CEO) of Galaxy Transportation and Construction Services Limited, Babagana Dalori, who has been accused of defrauding 27,400 Nigerians of about N7 billion.Dalori is being detained by the EFCC for interrogation by the agency’s operatives.The suspect has allegedly agreed to part with some of his properties.But Dalori, who insisted that he is not a fraudulent businessman, blamed his company’s fortunes on economic recession.According to a top source, the EFCC decided to investigate Dalori and his company, following the receipt of a petition by 63 Nigerians who complained of being defrauded by the suspects.The source said: “The 63 petitioners alleged that they invested in a company named Galaxy Transportation & Construction Services Ltd for a period of one year with fixed percentage of return on investment. It was further alleged that at the end of the investment period, the company neither paid the interest nor the capital.“On receipt of the petition, the following actions were carried out: all the 16 accounts linked to the suspects were traced and blocked; and 22 documents of various properties were recovered.“Investigation into this case is still at preliminary stage as the team is intensifying efforts to trace all assets that belong to the 1st suspect (Galaxy Transportation and Construction Services Limited) and the 2nd suspect (Dalori).“So far, twenty two (22) properties have been traced to the suspects including Six (6) filing stations and five quarries across different states.“Also, responses from banks and Corporate Affairs COmmission (CAC) are being awaited. Preliminary investigation has so far revealed the possibility of the suspects to have diverted the funds of various investors to other business rather than the businesses they invested in.“At the end of the investigation, we may have a case of criminal breach of trust and obtaining money under false pretence.”Furthermore, the suspect express willingness to part with his properties to settle settlement with the petitioners.”A document gave insight into the business activities of the suspects.It said: ”Due to the trust reposed in him, investors keep on investing in his Galaxy scheme. He used flyers, advertisements in the television and radio stations in order to convince the investors.“He even went to the extent of organising Nollywood to act a movie for him over the scheme. He specifically organised some actors and actresses in Kannywood to act in a movie called “Zero Hour” to show the need for people to invest in Galaxy.“Unfortunately, his gimmicks paid off as different people took their hard earned savings, inheritance, pensions and other source of income and invested in Galaxy.“Now, the scheme has crashed and investors can no longer get their money.“Though the agreement signed by the investors with Galaxy was specific- transportation and construction services. But he has now diversified into other areas in contrast to the agreement.“At the moment, he has used the investors’ money to incorporate different entities without getting their consent. He now has Galaxy Global Energy Concept Ltd, Galaxy Miners Concept Ltd, Galaxy Global Farms, Galaxy Computers, Galaxy Block Making Factory, Galaxy Hospital and Galaxy Hotel.”Contrary to the claim of Galaxy spokesman that the matter was civil and not criminal, the business of deposits taking under Nigerian legislation can only be undertaken by a licensed deposit- taking financial institutions as enshrined in Banks and Other Financial Institutions Act (BOFIA), CBN Act and the NDICBut a statement by the spokesperson of the company, Mr. Cletus Onoja, said the arrest of Dalori was not based on fraud.Onoja said Dalori was merely taken for investigation by the EFCC following a petition by the company’s clients.He said what was at stake was that the company could no longer meet its obligations to its clients within the time expected of it for reasons beyond its control.“As such, some investors who were not satisfied with our explanation and efforts currently put at recovering the loss petitioned the EFCC even though the matter was civil and not criminal.“As an obedient citizen of the country, the MD/CEO turned in and gave himself to the Commission’s interrogations,’’ he added.”It is on record that even when the country was in recession in 2016 and 2017, our company did not fail to meet its obligations to pay its clients and business partners.He said the company runs a legitimate transportation and construction services business in over five states in the country with its headquarters in Abuja for the last nine years..”The company’s management is working round the clock to overcome the challenges; it is sad that it has already caused serious worries in the minds of our clients and affected our cordial relationship.’’