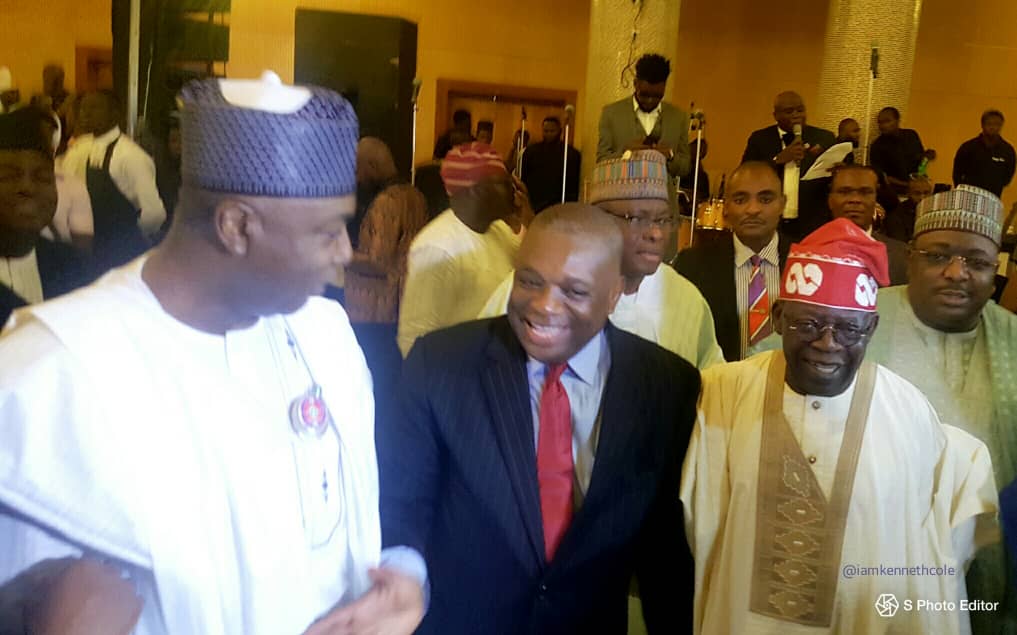 Former governor of Abia State and Senator-elect (Abia North), Dr. Orji Uzor Kalu has promised to reconcile Senate President, Dr. Bukola Saraki and National Leader of the All Progressives Congress (APC), Asiwaju Bola Tinubu.Fielding questions from journalists in Johannesburg during the endorsement of the African National Congress (ANC) on Tuesday, Kalu promised to intervene in the rift, noting that politics should not cause disharmony between friends and family.He appealed to the duo to sheathe their swords in the interest of Nigeria’s nascent democracy.“I am unhappy over the exchange of words between my dear brothers, Senate President, Dr. Bukola Saraki and National Leader of the All Progressives Congress (APC), Asiwaju Bola Tinubu.“The duo of Saraki and Tinubu have contributed immensely to nation building in different capacities.“ Having known the duo of Saraki and Tinubu for decades, I am not comfortable with the media war. As a mutual friend to both parties, it is my responsibility to intervene in the rift for the sake of friendship.”Kalu, while acknowledging the enormous contributions of Saraki and Tinubu to the political development of nation, recalled the age-long and close relationships between the former governors of Kwara and Lagos states.He advised the media to be cautious and professional in reporting sensitive national issues, adding that the political class should not endanger the polity.“ We cannot watch these accomplished and celebrated Nigerians allow politics to cause disaffection between them.“Many years ago, I settled the rift between President Muhammadu Buhari and General Ibrahim Babangida, Chief Odimegwu Ojukwu and Dr. Alex Ekwueme and many others. Saraki and Tinubu will settle their differences in no distant time.”Kalu, who was in company with his wife, Ifunanya, admonished politicians to embrace constructive criticism and appealed to Saraki and Tinubu to embrace peace, adding that he (Kalu) will not give up until both parties rebuild their personal relationships. The event held at the ANC Pavilion, had in attendance former South African president Thabo Mbeki, chairman of ANC and premier of Gauteng, David Makhura, Chief Daniel Okeke, Prince Flavian Enwezoh and others.