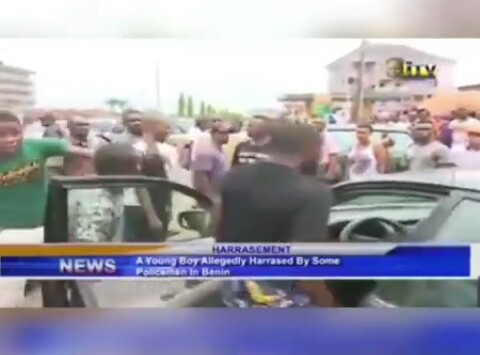 There was a mild drama yesterday in Benin, after some Police Officers harassed a student of UNIBEN for driving a car at his age.According to reports, the police officers double-crossed the young man who’s driving a Toyota Camry after sighting him coming out from a bank.The officers after stopping him, started tagging him a criminal and a yahoo boy and demanded he paid them N100k for his release.When the young man tried calling his mom to complain of what was going on, one of the officers threw several punches at him, that injured his face.Other motorists and residents of the area on noticing what was happening, intervened in the matter and nearly mobbed the Police Officers.