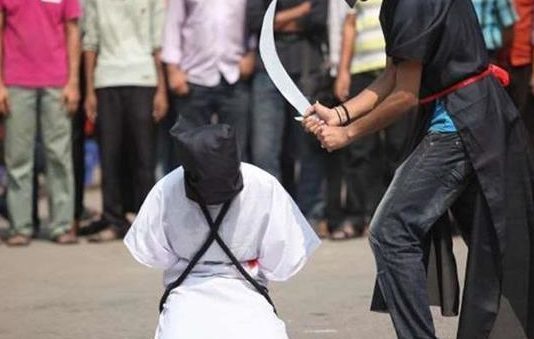 The kingdom’s official news agency said Tuesday that Saudi Arabia has executed 37 men convicted of terror-related crimes.According to an interior ministry statement carried by the Saudi Press Agency (SPA), one of the convicts was crucified.SPA said in a tweet: “The death penalty was implemented on a number of criminals for adopting extremist terrorist ideologies and forming terrorist cells to corrupt and disrupt security as well as spreading chaos and provoking sectarian strife.”Saudi Arabia’s Interior Ministry said Tuesday’s executions were carried out in accordance with Islamic law, using language that indicated they were all beheading.The body of one of the men, Khaled bin Abdel Karim al-Tuwaijri was publicly pinned to a poll for several hours in a process that is not frequently used by the kingdom.Record says that Saudi Arabia has one of the highest death penalty rates in the world.