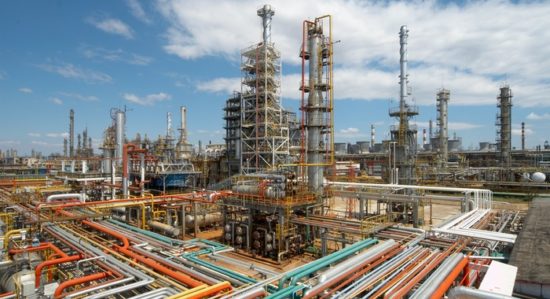 Eyes of Lagos Report That The  minister of energy Industry and mineral resources of the Kingdom of Saudi Arabia, Khalid Al Falih dropped the hint during a meeting with Nigeria’s Minister of State for Petroleum Resources, Ibe Kachikwu in Riyadh.
Kachikwu who affirmed the Saudi oil minister’s position said Nigeria was looking towards Saudi Arabia because of the country’s successes in the sector.
“We want to leverage on the huge success of Saudi government in terms of petroleum. Last year alone Saudi Aramco, an equivalent of NNPC made about $200 billion as profit.“We have a lot of common ground, historical ties, and religious ties and there’s a need to move further. We cooperate a lot with one another in OPEC especially in the Ministry of Energy,” Kachikwu said.
He said Nigeria is already setting up a team to make the reasons for the visit a reality.
A statement from Nigeria’s oil ministry, Kachikwu had on Tuesday met with top executives of Saudi Aramco in Dhahran to crystallize ongoing discussions on collaborating with the Federal Government of Nigeria on investments in the oil and gas sector.
The minister was received by the President and Chief Executive Officer of Saudi Aramco, Amin H. Nasser and the top management of the conglomerate.