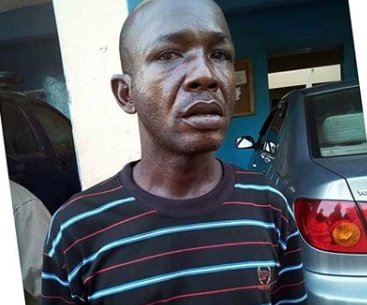 The Ondo State Police Command has arrested Deji Adenuga, the ex-convict who set his ex-girlfriend, Titi Sanumi’s home ablaze, killing eight members of her family.
Recall that last week, LIB shared the story of how Deji who was dating Titi Sanumi, became angry when she got tired of their relationship and decided to call it off.
In anger, Deji stormed Titi’s home, threw in a jerry can filed with petroleum and set the home ablaze. Eight members of Titi’s family were severely burnt. Five of her family members died on the day of the incident while three others died later at the Trauma Centre, Ondo town in Ondo State.
Deji went into hiding after the incident.
Confirming his arrest, the Police Public Relations Officer in the state, Femi Joseph, said the suspect was arrested today and would be paraded tomorrow Tuesday April 30th at the command’s headquarters, Akure, the state capital.