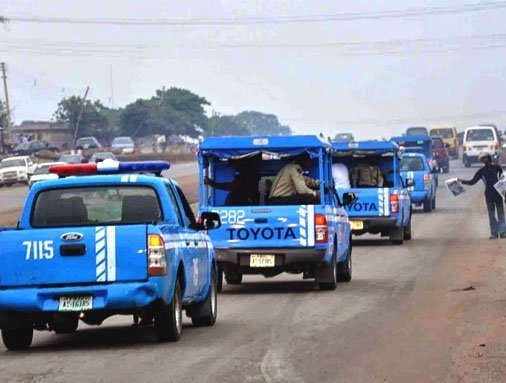 The Federal Road Safety Corps (FRSC) has said that the new task team to clear Apapa gridlock were making progress as measures were also being put in place to ensure sustainability in accordance with the recent President Muhammadu Buhari’s ultimatum. Eyes Of Lagos reports that the team had commenced “’Operation Totality Enforcement” to ensure timely implementation of the president’s directive that trucks parking on Apapa roads should vacate with 72 hours. The President had said that the vacation would help in clearing the gridlock in Apapa and its environs and help in restoring law and order in the area. Mr Hyginus Omeje, the Lagos State Sector Commander FRSC, told Eyes Of Lagos that tremendous progress had been made in clearing the Apapa traffic constituted by the tankers and other articulated vehicles. According to him, the whole exercise started with stakeholders meetings to ensure everyone involved is carried along in the exercise. “We are making tremendous progress in clearing the gridlock along the corridor. “We started with a stakeholders meeting so that we can be on the same page with the organisations involved like Nigeria Ports Authority (NPA), Nigeria Shippers Council and the transport unions. “We needed to appeal to the unions for them to take their vehicles to the various identified parks,” Omeje said. The FRSC boss said that a total of 54 private parks were identified where the trucks were expected to move into before going to the port with the assistance of manual call-up system that NPA was practising now. Omeje said that the Lily pond’s park had also opened for containerised vehicles for parking before accessing the port. He said that for all the vehicles carrying exports had access to the port directly because some of them carry perishable goods. “I can tell you that since Saturday, Sunday and up till this morning the task team has done a noble job. “This morning there is no more trucks on Eko bridge, all these vehicles you used to see upto Jibowu, Alaka to Stadium have all disappeared. “By Friday, everywhere will be clear of traffic caused by articulated vehicles along the corridor but we are not only clearing it, we are also putting measures in place for sustainability. “When the Presidential task team have finished with their job, then the enforcement arm of the various agencies involved, the FRSC, LASTMA and the Police will continue their statutory duty which is to control and manage traffic respectively,” he said. Eyes Of Lagos reports that the vacation notice was issued on Wednesday as one of the outcomes of a meeting convened by President Buhari and chaired by Vice-President Yemi Osinbajo on April 25. Eyes Of Lagos also reports that FRSC, Lagos State Traffic Management Authority (LASTMA) have began “Operation Totality Enforcement’’ to ensure timely implementation of the president’s directive that trucks parking on Apapa roads should vacate with 72 hours. Mr Chris Olakpe, the Chief Executive Officer of LASTMA, had made the disclosure last Friday in an interview . 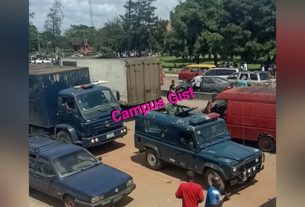 Kellylivinglarge Biography and Other things You Need To Know About Him!