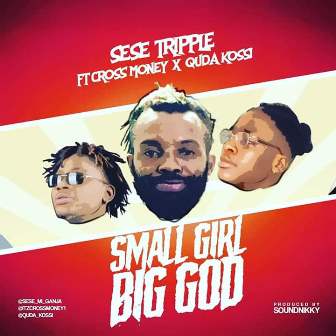 Sese Tripple seass popular known as Sese Mi Ganja, A graduate of business Administration in a south African University also CEO Tripple Seass entertainment. He released his first single in 2008 titled ” Gbogbo street”. This is a new jam from him and its titled “Small Girl Big God” “which is Another Name For Runs Girls.And he features two Amazing Dancehall artist Cross Money x Quda Kossi and these Guys gave a perfected spice of this uptempo beats and their vocals make the song so Banging for your listening pleasure.