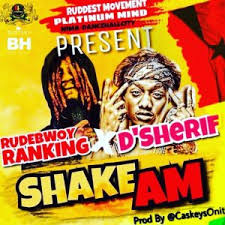 VVIP of  Vision Music Group, keeps promise to Rudebwoy Ranking and DSherif to shoot video for their song ‘Shake Am’

Two Reggae dance-hall artiste Rudebwoy Ranking and DSherif unite on song ‘Shake Am’  after their beef.

The musicians who have had their differences in the past have come together as a unit on song ‘Shake Am’.

The unity was made possible by legendary music group VVIP last year at sallahfest, and was promised of a video.

Vision Music Group promise to shoot a music video for their song ‘Shake Am’ is finally here, directed by Fahd Mahama.

With song production credit to Caskeysoni.

Watch and enjoy the visuals below….