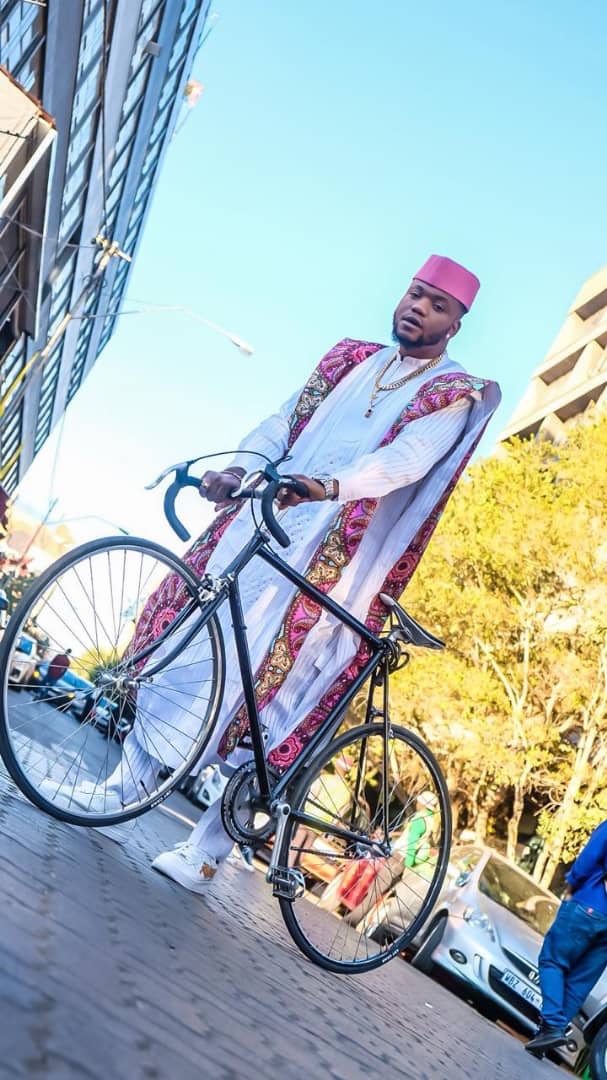 It’s no news, that Oluwasegun Tokunbo Adesiyan with stage name, Calm Lion has been in the news lately. From Behind The Scenes of his highly anticipated music video, of his single “Atarodo” currently making waves in South Africa, to his brief on climbing the success ladder in the entertaiment industry, Calm Lion is just getting started.

A researcher and Journalist who had a secret interview with him, with initial motives to know how Nigerians are dealing with Xnephobia and making it big in South Africa was tempted to know his story.

The singer/Songwriter shared that his grass to grace story would include at the time his mum died during childbirth, when he was just 4 or 5 years old. His younger brother who was born as a result of this incident, also died months after. According to Calm Lion “It was hard for me, I came from a very poor background..I would sometimes go to the farm or sell just about anything to survive. My dad remarried and I didnt know how to read nor write; glory be to GOD, my Grandma took me to a good school and I will be forever grateful to her!”

“Education is the best” Calm Lion concluded during the exclusive interview.

When questioned how was able to make it, he said, because he thenknew how to read and write, he met people and especially his mentor, Tolassmo who believed in him and now he is thankful for his growth and rising success.

The Singer is currently making waves in S.A with his single, “Atarodo” which officially releases this week on all music streaming platforms.

One thought on ““Losing my mum, my younger brother, and not Being Able To Read And Write, motivated me” – Calm Lion”