Jul 31, 2019 Ado LG Boss Sacrifices His Financial Entitlements for take off of project On Road Construction 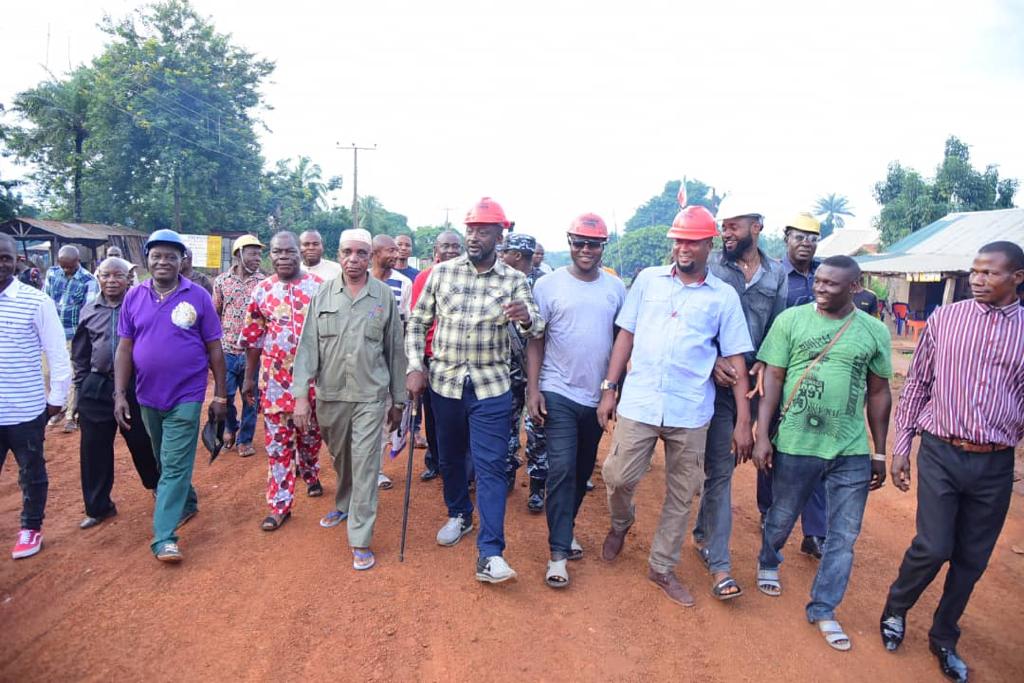 The yearning and aspiration of the good people of Ado among others things have been the desire of good roads and the linking of all the villages to the centre.
Barely a month and few weeks into the tenure of the Ado Caretaker LG Boss Comrade James Oche, to the story of adolites is about to change.

Despite the caveat placed by bureaucracy limiting the approval of major projects by the local government, the LG boss could not stomach the pains of his people as the raining season that is meant to be a blessing have increased the hardship on the people.

In his statement while commissioning the grading and filling of the Igumale/Apa/Akpoge-ogbilolo road, Comrade James Oche lamented the on the poor state of the road and assured the people that the council under his leadership and through the support of His Excellency Gov Samuel Ortom will give in all to ensure that the communities that have been caught off are reconnected via repairs of the roads as the governor Ortom administration is interested in the plight of all rural dwellers.

He added that the roads will further promote agriculture within the local government as farmers will have access to transporting their products from the farm to the relevant destinations.

As a prove of commitment and determination, the super determined LG boss boldly gave up his financial entitlements to ensure that the construction commences and vows to see the project to a logical end.

He thanked the Ado youths who have volunteered for direct labour as their own contribution towards the development of the local government and vows that their labour will never be on vain as posterity will judge them worthy.

Comrade James Oche submitted by saying the next point of his commitment shall be directed towards health, agriculture and market renovation as these bears direct and immediate impact on the good people of Ado LG.