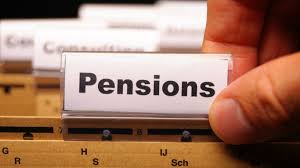 The Pension Transitional Directorate (PTAD) yesterday said the federal government spent over N5 billion on payment of monthly pension to about 300,000 retirees of 270 parastatals and government privatised agencies.

The directorate also dropped 24,000 ghost pensioners from the pension pay roll at the end of its verification exercise conducted in 2017.

Eyes Of Lagos learnt that, PTAD’s executive secretary, Mrs Sharon Ikeazor, made the disclosure while speaking with newsmen on the sideline of the ongoing fourth phase of Pensioner Verification exercise in Maiduguri.

Ikeazor disclosed that the amount was spent on payment of pension monthly to retirees in the 270 agencies under its supervision.

She said the directorate also uncovered fraudulent activities by families of some deceased retirees, who continued to withdraw monies from their accounts without notifying the agency over their demise.

Ikeazor noted that prelude to the verification exercise, the agency received several notifications over the death of retirees, who died since 2012 and their pensions were still running.

The secretary lamented that the trend caused great loss to government and pledged to check the problem through the verification exercise.

“The verification gives us greater accountability to know we are paying the right pensioners. At the end of the exercise, pensioners could verify themselves from the comfort of their homes that they are still alive so that we stop payment to the deceased without denying rightful pensioners their monies because of the unscrupulous ones.

“Let the Next of Kin (NoK) of the deceased put in their death claims and we will pay them instead of defrauding government of monthly pension,” she said.

Ikeazor explained that the verification exercise was designed to address anomalies and complaints, to ensure accurate, reliable and transparency in pension administration.

She added that the agency was collaborating with the Economic and Financial Crimes Commission (EFFC), Independent Corrupt Practices Commission (ICPC), security agencies and pension unions, to facilitate smooth conduct of the exercise.

According to her, the verification exercise is designed to capture retirees in 270 agencies including universities; tertiary education and health institutions as well as Power Holding Company of Nigeria (PHCN).

One thought on “Federal Government Fishes Out 24,000 Ghost Penioners”