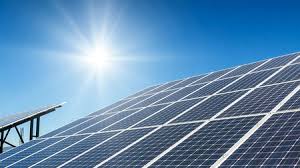 Wife of the Ondo State Governor, Mrs Betty Akeredolu, says she has trained over one thousand girls in ICT, solar renewal energy and other skill acquisitions since inception of the Gov. Rotimi Akeredolu-led administration.

Akeredolu made this known on Monday at the opening of a training programme tagged: “Bemore Summer Bootcamp for Girls in Naija” held in Ilara-Mokin, Ifedore Local Government area of the state.

Eyes Of Lagos reports that the programme, which will end on Aug. 24, is the initiative of the governor’s wife.

It is aimed at training girls in various skills during the holiday.

The skills include: solar energy, ICT, Taekwondo, soap making and make-up, among others.

She said that the programme had changed the narrative of the girl-child to facilitate a world that would unleash the potential of the girls rather than regimenting them.

“We are here today to train another set of girls who will join their compatriots already on the battle field fighting for the cause of women, showing to the world that women can be more than what the society says they are.

“I am sure that after this training, my girls will stand for themselves; they will never put their dependence on any man.

“They will walk shoulder to shoulder, hand in hand with the male folk to achieve a prosperous society for us all.

“The duty is for persons of both genders to create a society that is free of violence, free from atrocities and from all forms of intimidation and harassment.

“A society that must grow and be sustained is a society that does not discriminate by any means, especially gender,” Akeredolu said.

The governor’s wife said that the training would also afford the girls the opportunity to be trained on taekwondo so as to enable them to provide self-defence when there was any issue of rape, by any means.

She expressed her displeasure over the rising cases of rape in the state in recent time, and urged victims to fight for their rights and never keep quiet anytime it occurred.

Edema said that she had helped many girls to build their careers by catching them young in technology.

He said that the programme had afforded thousands of girls in the state the opportunity to develop solar for both commercial and domestic use.

Also, the Olowa of Igbara-Oke, Oba Adefarakanmi Agbede, commended the governor’s wife for introducing the girls to technology that would help them develop the nation.

Agbede said that the state was fortunate enough to have Akeredolu, assuring her that traditional rulers were solidly behind the present administration in state.