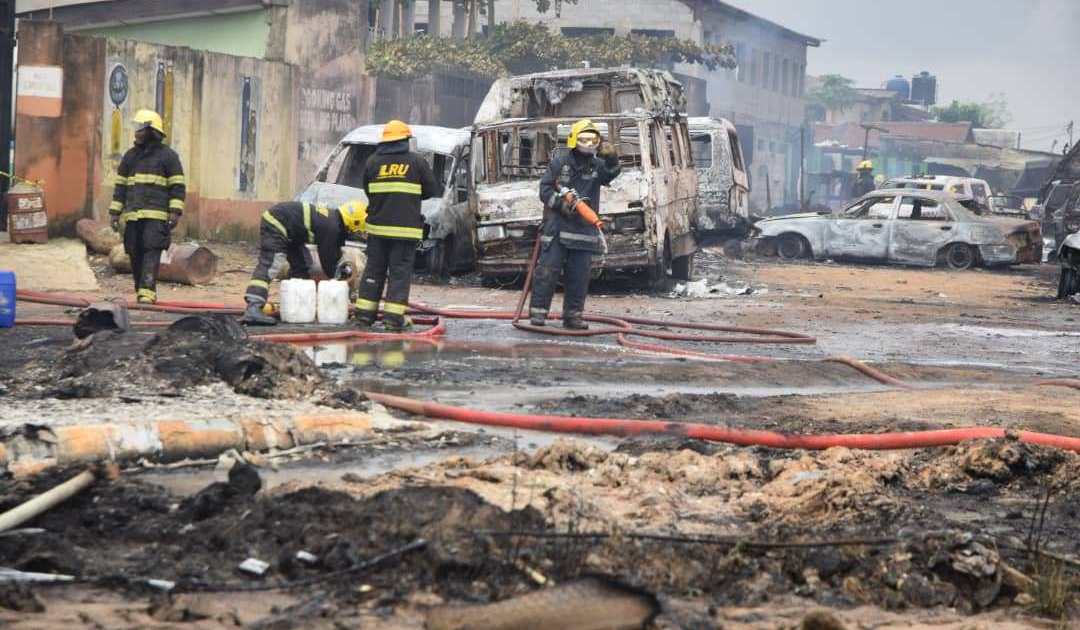 Goods worth millions have been destroyed following an early morning fire that engulfed Katangowa Market in Agbado/Okeodo Local Council Development Area, along the Lagos-Abeokuta Expressway on Monday, August 19.

The fire outbreak which started around 3.15am destroyed the entire stretch of fairly used clothes’ shops opposite the Central Mosque in the market.

Eyes Of Lagos gathered that men of the state fire service and officials of the Lagos State Emergency Management Agency were on the ground to put the blaze under control.

Also on the ground are policemen from the Okeodo Divisional Headquarters to prevent the looting of unaffected shops.

Though no life has been reported lost, the immediate or remote cause of the fire outbreak was yet to be ascertained at press time.

This came barely 24 hours after a free-for-all broke out between some Hausa and Yoruba traders over a minor misunderstanding in the same area. Fortunately too, nobody died during the incident.