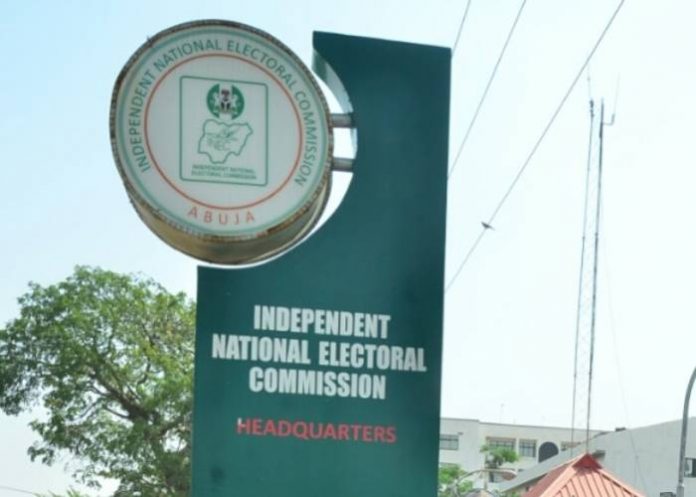 Prof. Mahmood Yakubu, the Chairman, Independent National Electoral Commission (INEC), says the commission has commenced plan for the 2023 general elections with the ongoing series of review of 2019 general elections.

Yakubu, disclosed this on Thursday at the 2019 Post Election Review Meeting With Resident Electoral Commissioners (RECs) in Ikeja, Lagos, said the commission was determined to improving the electoral process.

“You would recall that we promised to undertake a comprehensive review of the 2019 general elections internally by way of self-appraisal and externally through wide-ranging consultations with stakeholders.

“In the last one and half months, we had 11 meetings in Abuja and Lagos, on the 2019 general elections. Today’s interaction with the Residents Electoral Commissioners is the 12th meeting so far.

“At the end of these series of meetings and consultations, we are convinced that the commission will learn vital lessons on the conduct of general elections – successes, challenges and the way forward.

“We consider these necessary because as a commission, we are committed to the improvement of the nation’s electoral process.

“We are convinced that immediately after the conclusion of one election, planning for the next election should quickly be in earnest. This is precisely what we are doing in this series of engagement,” Yakubu said.

He said that the commission was confident and had high hope that the RECs just like the other stakeholders would also rise to the occasion.

According to him, the first meeting in the series was held in Abuja with RECs, commission’s officials, all electoral officers in the 774 LGAs, leaders of political parties, the media, civil society organisations and security agencies among others.

The INEC chairman added that since July 8 in Lagos, the commission had met with the media, exclusively the line editors, editors and producers as well as collation and returning officers in its bid to improving electoral process.

“We have met with all our administrative secretaries from all the state of the federations and FCT and the last meeting yesterday, we heard from the 20 departments and directorates in the commission’s headquarters in Abuja,” he said.

In his welcome address, Mr Sam Olumekun, the INEC Resident Electoral Commissioner, said that the conduct of 2019 elections would not be complete until the review of the exercise to chat the way forward.

“The 2019 general elections, in my opinion, have been successful and the efforts and the determination of the commission must be commended even though there may be critical issues which call for consideration and review for better performances in the future,” Olumekun said.

According to him, the political class have not helped matters in elections through their desperation and do-or-die attitude.

He added that holding collation or returning officers hostage to declare results under duress remained a repugnant and a discredit to the integrity of elections.

In his address, Dr Mustapha Lecky, INEC National Commissioner and Chairman, Planning, Monitoring and Strategy Committee (PMSC), said that the review of the policies and programmes of the last elections would serve as road map for Bayelsa and Kogi governorship elections and 2023 general elections.

Lecky said: “This process is essentially a SWOT-analysis; involving identification of our strengths, performances, weaknesses or lapses, opportunities missed or taken.

“Also to analyse impediments, bottlenecks or threats uncovered across all the processes before, during and fallout since the conduct of the 2019 general elections.”

In her goodwill message, Ms Monica Frassoni, President, European Centre for Electoral Support (ECES) said the centre considered it a privilege to be part of the review as well as giving assistance to INEC and electoral system in Nigeria.

Frassoni said: “2023 seems far way but it is not. During the discussions we have had over these days, we see that the task you have is difficult but achievable and is absolutely exciting and we are so glad to support you in these endeavours.”

The ECES president urged INEC to consider inclusion as the commission prepares for future elections, saying such would improve electoral process.

“This starts from taking time to listen and to interact,” she said.

Eyes Of Lagos report that the review meetings had in attendance RECs, National Commissioners, and Administrative Secretaries of the commission among others.

One thought on “INEC commences plan, pledges to improve electoral system in 2023”