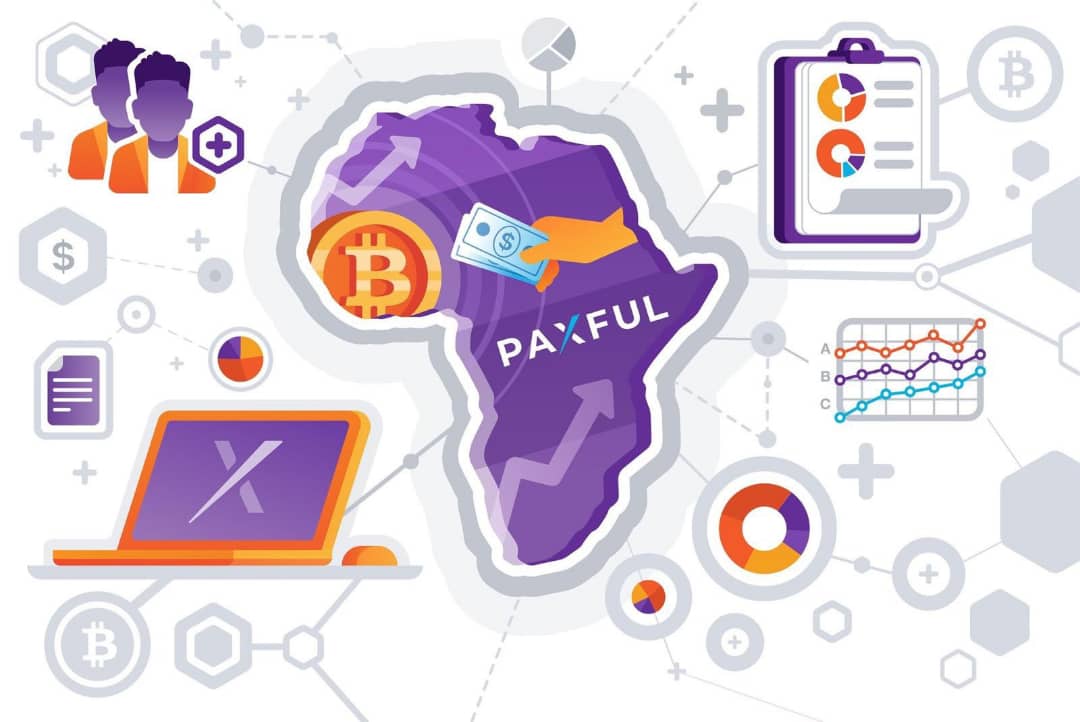 Globally respected leading peer-to-peer bitcoin marketplace, Paxful, is making inroads into Africa with its trusted platform for bitcoin trading which has achieved widespread acceptance in other parts of the world

Paxful, which has over 2 million users and facilitated the trading of almost 500,000 bitcoins in their platform since its inception, believes that the success of its business model and impressive track record provide a strong platform for achieving greater financial inclusion in Nigeria and other parts of Africa.

Paxful was launched in 2015 with the goal of bringing more financial inclusion to the unbanked andunderbanked populations through decentralized, peer-to-peer access of bitcoin.

Since then, the platform has gained popularity, particularly in African countries.  Paxful connects bitcoin buyers and sellers on its platform, and users are able to buy and sell bitcoin using over 300 different payment methods ranging from bank transfers, debit and credit cards, and cash payments.

According to the World Bank, nearly two billion people in the world have little or no access to traditional financial services. In Africa, the statistics are ever grimmer: an overwhelming percentage of adults on the continent are underbanked.

Nigeria, Africa’s most populous country and largest economy, reflects this trend. The World Bank has estimated the number of unbanked Nigerian adults at about 100 million. According to The Global Findex Database 2017, only 40% of Nigerian adults have an account with a financial institution or a mobile money provider.

Paxful sees this as an opportunity to grow its business and reduce this huge gap which has very negative implications for the development of African nations.

The marketplace has seen significant growth in digital currency transactions on the African continent in recent years, with the surge largely spearheaded by students and graduates under 25. “Africa leap-frogged to the forefront of peer-to-peer finance adaptation. In 2018, our user base in Africa doubled, with most customers being between 18 and 24,” said Artur Schaback, COO and co-founder of Paxful.

To increase access to the bitcoin economy for many more youths on the African continent, Paxful is launching a series of educational workshops across Africa in 2019. This education initiative kicked off in South Africa and Kenya in May, with Nigeria and Ghana in the cards for later in the year. The workshops will cover the very basics about bitcoin for novices and also further expand on innovative use cases and business applications observed around the world for more experienced attendees.

“As a values-driven company, we want to make the bitcoin economy accessible for everyone, especially the underbanked. To this end, we would like to reach as many young people as possible to help them understand the digital currency market and transact safely and with confidence. Our aim is to continue to partner with customers and other key stakeholders to ensure they are well informed about the opportunities presented by peer-to-peer finance,” stated Ray Youssef, CEO, and co-founder of Paxful.

This latest initiative forms part of Paxful’s proven commitment to education, which includes building two schools in East Africa under their #BuiltWithBitcoin charitable initiative, as well as providing scholarships to young women in the Middle East and gave donations to the GROW with Educare Centres project in South Africa. The company aims to build 100 schools across developing countries and expand its scholarship programs.