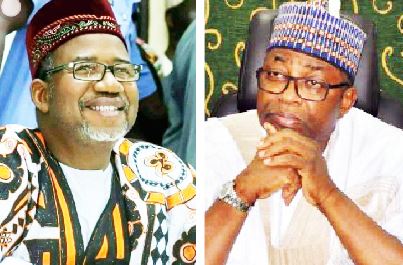 In this report, BEATRICE GONDYI chronicles the beginning of the end of the long awaited judgement of Bauchi State Governorship Election Petition Tribunal which was delivered in favour of Governor Bala Mohammed of the Peoples Democratic Party (PDP).

There was ecstatic jubilation in Bauchi, the capital of Bauchi State, last week Monday, as members of the ruling Peoples Democratic Party (PDP) and supporters of Governor Bala Mohammed thronged in their numbers to felicitate with the governor on his victory at the petition tribunal.

The Independent National Electoral Commission (INEC) had in March this year declared the gubernatorial election held in the state inconclusive as a result of the contentious Tafawa Balewa local government election result. The drama started with the gubernatorial and House of Assembly elections held on 9th March, 2019.

With the massive support from Bauchi LGA, the PDP candidate, Bala Muhammed, was in the lead with 4,059 votes.  The PDP had 469,512 votes while the APC candidate, Governor Mohammed Abubakar, got 465,453 votes.

With this lead, the result from Tafawa Balewa Local Government Area was rejected by the electoral umpire, the Independent National Electoral Commission (INEC) as a result of the complaint filed by the local government’s returning officer, Mrs. Dominion Anosike, who said the collation was done under duress and allegedly disrupted by thugs even though the election was free and fair at the polling units.

She said that she started collation at around 11:00 pm and that hoodlums arrived around 3:00am, held them hostage and stole forms on which the results would be written.

Senator Bala Mohammed, Kauran Bauchi, emerged winner of the supplementary poll which was also conducted by the Independent National Electoral Commission (INEC) within the stipulated 21 days in line with the electoral act.

He was declared winner of the election after the Tafawa Balewa result was regenerated and collated. He defeated the then sitting governor, Mohammed Abdullahi Abubakar, of the APC. He got 515,113 votes against outgoing Abubakar who got 500,625 voters. The PDP candidate got 39,225 votes in Tafawa Balewa local government area while his APC opponent got 30,055.

The former governor following the declaration of Bala Mohammed as the Bauchi State governor-elect, had initially conceded defeat and congratulated him.

But he later reversed his decision, claiming that his party had agreed to go to court to reclaim his mandate from the PDP.

Abubakar and his party, the All Progressives Congress (APC) eventually filed their petitions at the Election Petition Tribunal challenging the election of the candidate of the Peoples Democratic Party, Senator Bala Mohammed.

The suit was filed by the Bauchi State chapter of the APC at the Tribunal.

Eyes Of Lagos gathered that, Speaking with journalists at the High Court 6 Complex shortly after filing the petition, APC chairman in Bauchi State, Uba Ahmed Nana, said they sought justice from the tribunal. He explained that: “We are here  to file a suit on behalf of the APC challenging the results of the governorship election in Bauchi State held some weeks ago.

“What we want is justice, as always, from the court because we know that the court will do just that”.

Abubakar, who addressed his supporters at his campaign office then said he had earlier accepted his defeat as “destiny” but that he had met with President Muhammadu Buhari and APC leadership who informed him that they would file a suit to challenge the result.

The APC then filed a petition at the tribunal challenging the declaration of Mohammed as the duly elected governor of the state.

The first, second and third respondents were the INEC, Mohammed and the PDP, respectively.

The petitioners had prayed the tribunal to set aside the election of Mohammed, alleging that it was marred by corrupt practices.

They also stressed that he was not duly elected by the majority of lawful votes cast during the election.

But in his over six hours lead judgement, Chairman of the tribunal, Justice Salihu Shuaibu, last week Monday struck out the suit for lack of merit for failure to prove their case beyond a reasonable doubt.

Shuaibu said, “The election of Senator Bala Mohammed as the Governor of Bauchi State is valid as declared by the first respondent (INEC). He was duly elected by a majority of lawful votes scored in the election.”

Not satisfied with the outcome of the Election Petition Tribunal, Abubakar has declared his intention to appeal the judgement.

The former governor, who spoke through his Media Aide, Ali Mohammed Ali, declared that, “We are appealing the judgement. Our lawyers have been instructed to file an appeal after studying judgement”.

While expressing optimism that the APC and himself will get judgement at the Appeal Court and reclaim the mandate given to them by the good people of the state, he however called on his teeming supporters across the state as well as other members of the APC to remain calm, law abiding citizens and should not do anything that will lead to the breach of peace in the state.

According to him, “We are peaceful and peace loving people in the APC, we believe in the rule of law and so we are going to tread the path of law to reclaim the mandate massively given to us by the generality of the people of Bauchi state”.

The party also appealed to its members not to be demoralized by the outcome of the governorship election petition tribunal’s judgement on Monday that dismissed the party’s petition against the victory of Mohammed.

The APC urged all party chieftains, members and supporters to remain committed to the success of the party, assuring that they were making consultations on the outcome of the tribunal’s judgement with a view to deciding next line of action.

He appreciated their supporters for showing solidarity to the party throughout the court’s proceedings asking them to remain in the party.

On the other hand.

Meanwhile, Mohammed has described his victory at the State Governorship Election Petition Tribunal as victory for the people of the state regardless of their political affiliation.

While addressing journalists on his victory, the governor described the development as a denouncement of the uneasy calm that has gripped the state.

According to him, after every effort by the opponent failed to give them victory, he would establish a framework for the urgent task of restoring hope to what he described as demoralized, disenchanted and dispirited people of the state.

The governor said the confirmation is so loud and clear that it rings from Azare, Alkaleri to Ningi and all the nooks and crannies of the state as the sound of the victory reverberates through the length and breadth of the state.

He said for his administration, the victory is without doubt, a deeply sobering moment by revalidating the sacred mandate entrusted to him by the people of the state, adding that the administration was being summoned to greater heights of service delivery.

He also stated that the development summoned the administration to remove the cloak of partisanship that breeds injustice and fuels hatred to unfasten the parochial prism that beclouds the sense of oneness and deepens the stagnation of the environment, adding  that the victory will only make sense when every Bauchi child of school age is in the classroom or when every school leaver is productively engaged in addition to ensuring that every pregnant woman has the reasonable assurance that she will not die from  childbirth.

He dedicated his victory to the entire people of the state, and insisted that nothing will distract him from his sustained pursuit of the 7-point agenda until he attains the ultimate goal of achieving the greatest good for the greatest number of all those who reside in the state.

The governor used the medium to appeal to all stakeholders especially his opponents at the tribunal to sheath their swords by supporting his administration for the development of the state.