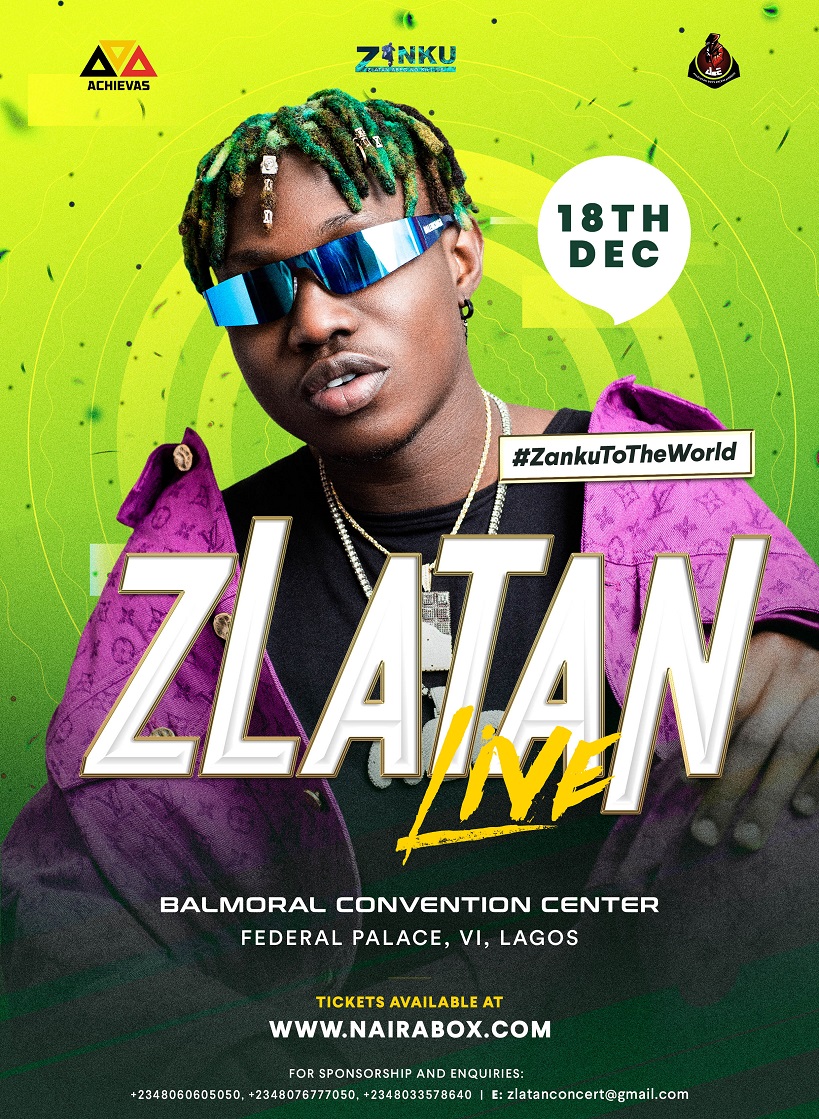 Zlatan is set to headline his first concert in Lagos themed Zlatan Live at the Balmoral Convention Centre, Federal Palace Hotel, Victoria Island Lagos on the 18th of December 2019 and ticket is already on sale on https://events.nairabox.com/l/zlatanlive

This is going to be Zlatan’s first official concert as a headliner in the city of Lagos and it promises to be a very exciting event, with assurances from him to excite his fans and audience with his energetic Zanku moves, music collaborations and other exciting activities planned out to give his fans utmost entertainment, ultimate fun and a night to remember for a long time.

The Artiste has had an amazing year and it is only right to crown it all with a concert for his huge and loyal fan base.

Temidayo Raphael Omoniyi popularly known as ZLATAN IBILE is a multitalented Nigerian born performing artiste. Zlatan Ibile is not only an indigenous rapper, singer and songwriter but also a great dancer that originated one of the biggest dances in Africa; ZANKU. He is also the creator of the well-known slang ‘Kapaichumarimarichopaco’.  Zlatan Ibile launched his talent and officially made his mark into the music industry in 2017.

Zlatan Ibile is indisputably the most desired street sensation and a great influence in the music industry as his talent and exclusive sounds has rolled him to the top, gaining him recognition home and abroad. His songs; singles and collaborations continue to top various charts. With close 3 million active followers across his social media networks, Temidayo commands a speedy increase in fan base.

Achievas Entertainment, one of the biggest show promoters in Nigeria with a history of delivering the best events & experience will be promoting the event in collaboration with Zlatan’s Alleluyah Boyz Entertainment and they are guaranteeing music lovers a one of kind event experience with maximum entertainment and assured Security at every point. #Zlatanlive #ZankuToTheworld