Oct 29, 2019 Obono-Obla reacts to him declared wanted - They want to humiliate me’ 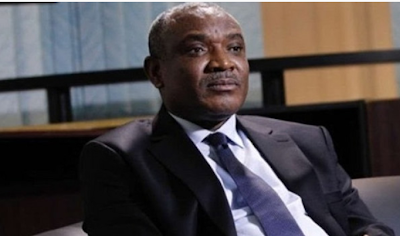 Okoi Obono-Obla, former chairman of the Special Investigation Panel for the Recovery of Public Property (SPIP), has alleged that some unnamed people are after him.
Eyes Of Lagos gathered that In a post on his Facebook page expressing his feelings, Obono-Obla said those who stole billions and contributed to wrecking the economy did not receive such treatment.
“What are these people after me? They took their job away, yet they are not done! They smeared me in the media, they framed me! They lied against me!” he wrote on Facebook.
“They declared me wanted! What offence have I, committed? Even those who have stolen billions or contributed to the wrecking of the national economy are not treated with such indignities.

“Those who have corruptly enriched themselves! They just want to humiliate me! They want to break me! They want to demonize me before Nigerians! I am a true patriot of Nigeria!
“I did my job with utmost dedication, dignity, integrity and commitment! God and history shall always vindicate the just! Nelson Mandela was persecuted, prosecuted, dehumanized and imprisoned for 27 years but he became a world icon!”
The Independent Corrupt Practices and Other Related Offences Commission (ICPC) recently declared him wanted saying he refused to honour its invitation after a series of allegations were levelled against him.
The ICPC said it received petitions bordering on abuse of office, falsification of academic records, living above his income and collection of gratification from suspects under his investigation.