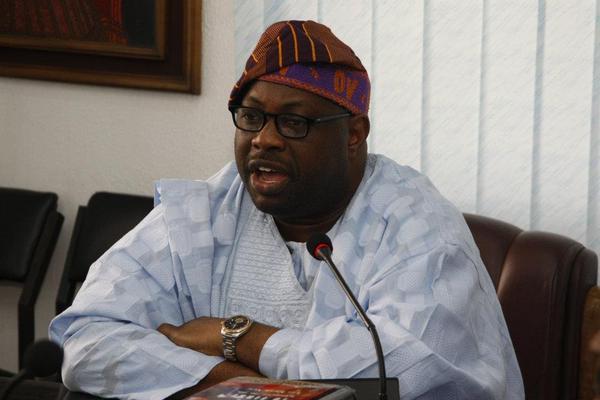 In this edition, Dele Momodu writes on the Supreme Court’s Judgement on the petition filled by the presidential candidate of the APC in the February 2019 General Elections, Alhaji Atiku Abubakar.

Fellow Nigerians, the cookie finally crumbled for Alhaji Atiku Abubakar two days ago as the highest court in Nigeria, the Supreme Court of Nigeria, threw his case out of the window, in a jiffy. He had approached the Supreme Court for a reprieve from what he claimed was the hellish decision of the Presidential Election Petition Tribunal dismissing his Petition on all grounds. He sought a declaration that he had won the last Presidential election against the incumbent President, Muhammadu Buhari, and that INEC, Nigeria’s electoral body had manipulated his rightful votes and dashed what belonged to him to his opponent. He said that he had the INEC server to prove the dastardly machinations of the electoral body and that his Petition should not have been dismissed, but upheld. He also made other allegations about the qualifications of the incumbent, President Muhammadu Buhari to contest the elections. His initial foray of laying his grouses before the Presidential Election Petition Tribunal had met a brick wall and his case was brushed off in a manner that stunned many observers as the Tribunal had simply pooh poohed all his frantic declarations and arguments, dismissed them out of hand as lacking any merit. The story was virtually the same at the Court of Appeal. Two days ago, the Supreme Court put the final nail into the coffin of the case. It did so in spectacular manner, not even adjourning for Judgment but instead delivering a short judgment with full reasons to be given later.

I never expected the case to go otherwise.

As a matter of fact, based on my deep knowledge of Nigeria, and a little bit of the law gleaned from some neutral friends skilled in such matters, I knew the case would eventually run into a cul-de-sac. In series of tweets, I had pleaded with the Wazirin Adamawa to concede defeat immediately after the election and leave the fight to God to fight on his behalf. Personally, I did not see the recent Presidential election as a credible one and I said so publicly. The elections were over-militarised and many voters were disenfranchised. The results declared in some areas clearly left much to be desired, recording nearly 100 percent turnout in particular instances. Prior to the elections, it was obvious that the ruling government was not going to be as generous and charitable as former President Goodluck Jonathan. There were clear indications that the government was willing and ready to compromise and control the INEC, the Judiciary, the Police, the Military and any of the other appurtenances of coercion and power.

The results that were declared dripped of abracadabra. It was like telling Nigerians to go to hell. The government understood the weakness and inherent nature of Nigerians, which is timidity. We do not have the courage or resilience of the people of Tunisia, Algeria, Egypt, Hong Kong and others. The few who take the risks often discover that they are on their own even before the chips are down. They are often dumped and discarded and deserted at the earliest sight of any resistance by the government. They are made to carry their own cross and the hero soon becomes the villain. This should not be the case, but that is a matter for another time.

This show of timorousness didn’t start in 2019, but began long ago. Most of those who died for Nigeria did so in vain, sorry for my brutal frankness but that is the sad truth. As soon as Buhari was declared by INEC as winner, I knew the game was over and no Jupiter was going to reverse that verdict. Naturally, it was a sad day for Atiku and his supporters, of which I am proud to say that I was an avowed member on this occasion. It was certainly a sad day for democracy in our land. We would not have minded if Atiku had lost a patently free and fair election. Nevertheless, and notwithstanding my strong misgivings, as a true and consummate Democrat, I was ready to accept the will of God. For me, as much as vox populi, vox Dei, so also vox Dei, vox populi – as much as it is said that the will of the people is the will of God which is the basis of democracy, more so is the will of God, the will of the people. Who are we to question the almighty?

In line with my view that man proposes and God disposes, I suggested to Atiku to accept defeat and congratulate Buhari. However, I stated further that this should not debar his party from going to court to seek redress. All hell broke loose, as usual, once this suggestion hit the airwaves. The so-called social media experts descended on me like a ton of bricks. For them, what I suggested was sheer humbug and pure heresy. If abuses alone could change a hopeless government for the better, Nigeria would have become the best country on planet earth. The intolerance and rudeness of some of our friends is incredible. They know it all and will not stomach any other views. But I saw beyond what they were seeing.

My explanation that Atiku needed to gain something out of nothing fell on deaf ears. And what did I wish for him? It was nothing other than statesmanship. But statesmanship comes at a huge price and sacrifice. It would not be easy, just remember the 27 years The Madiba, Nelson Mandela spent in prison before becoming the world’s greatest statesman. Those who would never contribute anything meaningful became the all-knowing advisers. They told Atiku he must fight all the way and to the death. This is akin to the kind of impractical pledge made by the British Prime Minister, Boris Johnson, to deliver Brexit on 31 October 2019 or die in the ditch. As it is that day has come and gone and Mr Johnson simply ditched his pledge. He did not as much as move near even a drain not to mention a ditch! This was my reason for giving my timely admonition to Atiku. One must never burn all their bridges especially where the high stakes of politics is involved. I preferred his party to fight on instead. That’s their responsibility. Atiku should have detached himself at that stage, as simple as that. He and his Vice Presidential candidate, Peter Obi, my dear friend, who enjoys my highest regards, should have stayed in the background and watched from the side-lines.

I knew how much the elections had taken its toll on them. They and their key supporters were harassed and blocked, here and there. They were hounded and arrested. It was like tying the hands and legs of a boxer in the ring while his opponent was free to throw heavy punches. Lord have mercy! Atiku and Obi suffered. They were oppressed and pummelled. But I knew going to court was going to compound their trauma. It was like throwing away the possibility of an honourable and distinguished points or majority decision for the humiliation of a technical knockout or straight knockout. There are times you must leave vengeance to God. In God’s time, everything will fall in place. After such a gallant fight, they should have retreated and hand over their battle to the greater one who giveth and taketh.

The pain of watching them go from court to court was unbearable for me. The temporary owners of the land had ensured a monumental blockade. The road led nowhere. It was virtually impossible for any court to reverse a Presidential election, in our unusual clime and circumstances. Even the law does not seem to be on the side of the loser in a Presidential election. The odds are truly stacked against such a person. This was the meat of the lecture delivered by the distinguished legal luminary, Chief Wole Olanipekun, at the University of Oxford, shortly after the elections.

Again, I didn’t need any power or gift of clairvoyance to know how the Supreme Court case would go, another dead end, a terminal one, and that was it. I expected our man to simply accept the final verdict, devoid of the stylish vituperation, and the veiled anger at the failure of the Supreme Court to declare him victorious. As for me and my house, once you decide to go to court, it is like a game of football. The moment the referee blows the final whistle, the game is over, even if you feel cheated and robbed by all the officials including the Video Assistant Referee (VAR).

Even now, at the end of the titanic battle fought through the Courts by the protagonist, Alhaji Abubakar Atiku, I believe that he has failed to seize the initiative and the opportunity presented by the Supreme Court decision. His tirade and invective after the decision is not what I would expect of someone who aspires to be one of the world’s leading Statesmen.

His denigrating and disparaging remarks about the judiciary and the apex court in Nigeria was ill-advised. The judiciary is the last bastion of the people. Even though there may be faults here and there, it is clear that they have been doing their best in a particularly difficult terrain. They have virtually become the whipping boys and girls of the Executive and veritable lambs of God who must carry away the sins of the world. Like journalists, everyone expects the sacrifice their everything while we sit comfortably in our homes.

I am aware that many PDP candidates have either had their elections confirmed or their appeals against electoral losses upheld. It cannot be the case that when court decisions favour you, then you trumpet the great admiration and respect you have for the judiciary, but when you lose, you harshly criticise the same institution. This was a chance for Atiku to call for the reform of those institutions he found wanting without heaping blames and subliminal insults on those presently occupying those institutions.

I would have expected Atiku to borrow a leaf from the distinguished and well-respected world statesman, Albert Arnold Gore Jr, former Vice President of the United States, who fought a similar battle all the way to the US Supreme Court. On 12 December 2000, the US Supreme Court, by a split decision, 5-4, decided that recounting the Florida votes beyond 12 December 2000 was unconstitutional. This meant that Gore had lost Florida by a meagre 537 votes and would eventually lead him to losing to George W Bush Jr in the Electoral College by only 6 votes. Gore conceded the election to Bush the following day even though he strongly disapproved of the US Supreme Court decision. As he stated, “for the sake of our unity as a people and the strength of our democracy, I offer my concession.”. I know that Atiku is a democrat and patriot which he mentioned in his release but he should have spared the rod on the Justices. He must understand that ultimately, this is not about him and his ambition. It is a test of Nigeria’s fledgling democracy and the unity of its people for which he must stand up and be counted. God’s will is always done eventually and Nigeria shall rise again.

Having said all this, I must sign off by extending my sincere congratulations to Alhaji Atiku Abubakar and Mr Peter Obi on a good fight. The forces they battled were heavy and monumental. Atiku is a man and half, in my view. He is a case study in courage and confidence. May they and their families be blessed… 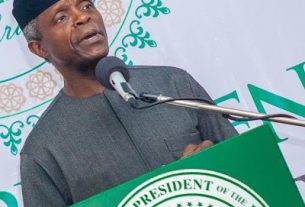 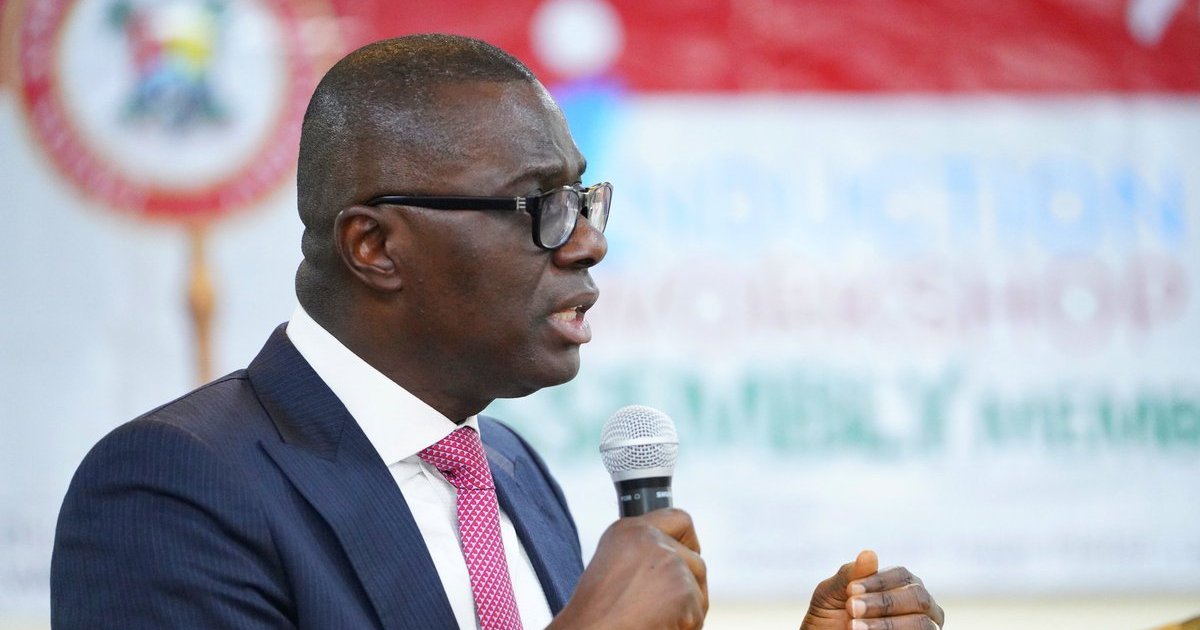