Galadima: Don’t Be Surprise To See President Buhari Contest In 2023 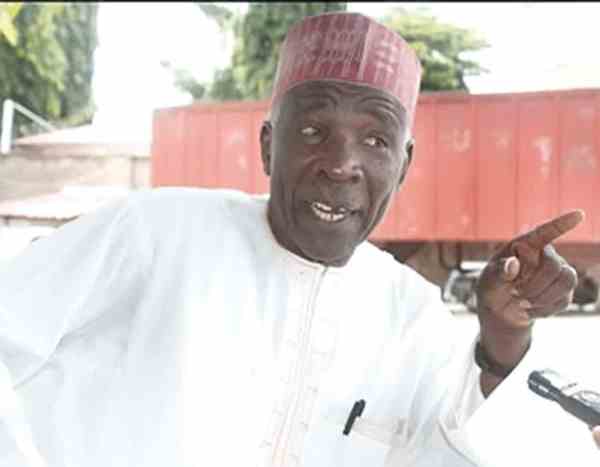 IgbereTV reports that a former political associate of President Muhammadu Buhari and the National Chairman of Reformed All Progressives Congress, rAPC, Alhaji Buba Galadima, has stated that Nigerians should not be surprised to see the President contesting in the 2023 presidential election.

Buba Galadima who now works together with the PDP said that when the time comes, PDP will usher Buhari into the 2023 presidential race.

In an interview made available to IgbereTV, Galadima claimed that President Buhari’s absence in the country during the hearing of the petition filed by Atiku meant that Buhari is in control of the judiciary as he is confident of victory

He said, “I have never seen such a terrible situation like what we are witnessing in Nigeria today under the APC-led government of President Muhammadu Buhari. Not even during the colonial era, and the military period have Nigerians passed through these hard times.

“With Buhari in charge, it is like Nigerians have entered a one-chance bus. What is even surprising is that despite all the hardship, and suffering being inflicted on Nigerians, Buhari is not bothered. He doesn’t feel moved by the cries of hardship and sufferings, which his government has brought upon Nigerians.

“Now Buhari has travelled outside the country again. He has travelled to Saudi Arabia, and from there, he will go to the United Kingdom. Does that show the trait of a good leader? Buhari keeps on travelling across the globe while Nigerians are wallowing in poverty.

“He is not moved by all the hardship, and not only that, he feels so confident that his mandate is secured. If not, he would not have travelled to Saudi Arabia on the eve of the hearing of petition, and appeal against his election by Alhaji Atiku Abubakar, the presidential candidate of PDP.

“Buhari has already pocketed the judiciary, and he feels that nothing will happen, and that he will be victorious at the court. His government has destroyed the judiciary and this is very troubling for democracy, and our nation

“A lot of politicians will be disappointed. Only God knows what will happen between now and 2023. Buhari may even be drafted to join the 2023 fray by some of his aides and associates.

“Buhari may be drafted by those enjoying under his government. Buhari has always been drafted to contest elections, and I won’t be surprised if his supporters draft him into the 2023 race.

“But clearly, what these politicians jostling and talking about 2023 don’t know is that they are over-exposing themselves. They are exposing their weaknesses, and their opponents or political foes may use it against them.