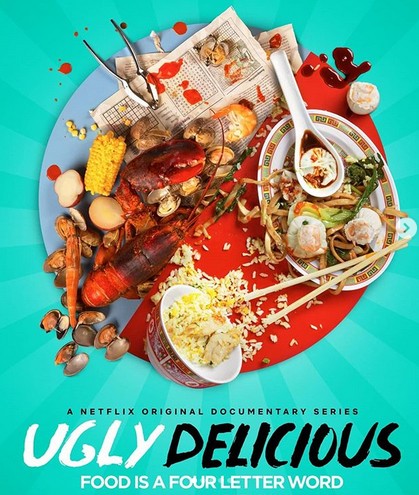 I’m not even going to lie, I’m obsessed with food. Eating it, cooking it and most especially, studying it. Let me not bore you with all the semantics of my journey with food and whatnot, but, if you’re on Netflix and you’re a foodie and you haven’t seen at least 3 of these series, are you really a foodie?

Below are my top 5 must-watch series for people who, like me, are obsessed with food

1. Salt, Fat, Acid, Heat: (8/10) My top pick, it’s about an Iranian American chef travelling around the world and re-educating us on how we underuse simple ingredients like Salt, fat(oil), Acid(orange, yoghurt etc) and heat. She’s the reason I subscribed to Netflix

2. The Final Table: (8.5/10) If you think ‘Chopped’ is awesome then this is the big brother of chopped. I’d recommend you watch it as it’s thrilling and some of the dishes would educate and inspire you.

3. Chefs Table ‘France’: (7/10) This documentary series entails top French chefs telling their stories of how they started from the bottom and became Michelin star rated. If you’re a chef or in the food industry, I highly recommend you watch this as it’ll inspire you to do better and not give up.

4. Million Pound Menu: (6/10) It’s a cooking competition in the U.K that looks for small-time cooks and hopes to make them rich by opening a classy restaurant for them.

5. Ugly Delicious: (5.5/10) James Beard Award-winning chef David Chang stars in this travelogue that sends him on a journey to culinary hot spots around the world.

FOOD AND SPICES; How To Make Home Made Boli And Health Benefits