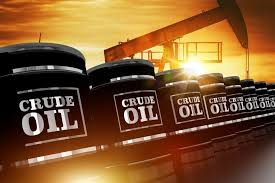 Aiteo Eastern Exploration and Development Company of Nigeria Limited (“Aiteo”) operators of the pipeline that transport crude oil for export known as the Nembe Creek Trunk Line (NCTL) has said that national target of producing and exporting 2.5million barrels by mid 2020 is under serious threat.

The company has identified what it called persistent and sophisticated attract on the pipeline despite significant investments in security, technology and civic engagements as the main source of achieving the set goal.

A statement from the company announcing the development said the disruptions that these attacks have brought about has led to direct, irretrievable and significant losses in production.

The statement signed by Aiteo spokesman, Ndiana Metthew, said, the company is constrained to alert all stakeholders of recent spate of sustained attacks on the key national oil infrastructure in its asset base,  the Nembe Creek Trunk Line (NCTL). He noted the consequence such art has created revenue deficits that directly impact all the stakeholders across the relevant value chain.

Eyes Of Lagos gathered that, According to the company, stated that in 2019 alone, Joint Investigative Visits (JIVs) comprising security and regulatory agencies as well as community representatives and Aiteo personnel to ascertain cause of the breaches to the NCTL have revealed that 98 per cent of all incidences were attributable to third-party infractions alone.

Adding that the amount of barrels lost to these incidents, almost compare in volume to the country’s total daily production.

Part of the statement reads, “By virtue of this level of sabotage, the NCTL has been shut down for 61 days this year alone, constituting 83 per cent cause of downtime in this year only. Over the last 4 years, more than 200 shut down days have been recorded on the asset.

It noted that, despite significant investments in security, technology and civic engagements, the destructive pattern of pipeline vandalization still persists.  Stressing that, “These attacks are persistent; sophisticated; appear timed to inflict debilitating and disruptive effect, all indisputably calculated to decimate Aiteo’s production output in the short if not medium term.

It further stated that, “Regrettably, these vicious and malicious exertions by individuals and faceless entities are having that unavoidable effect.

“The disruptions that these attacks have brought about has led to direct, irretrievable and significant losses in production and consequently has created revenue deficits that directly impact all the stakeholders across the relevant value chain.

“The consequences say nothing of the significant negative and inherently damaging effect that these malicious infractions have on the environment.

Speaking of the national implementation, the company said, “Industry sources forecast that Nigeria will be producing at least 2.5m barrels per day (bpd) by the middle of 2020, mainly by fixing damaged pipelines and dealing with security problems.

“In the face of this extremely high level of deliberate sabotage, it seems clear that there are interests within the country that seem determined to scuttle this aspiration.”

The company said this continued sabotage of critical economic oil assets must be confronted frontally, with all resources available to the country as a whole.

“We renew and reaffirm our total commitment to working with all agencies and interest groups to arrest this damaging atrocity. Our assurance to all stakeholders to ensuring a sustainable environment where economic development can thrive remains unassailable. “We acknowledge the assiduous effort of the Joint Task Force and call for wider collaboration between all law enforcement agencies as well as policy alliances between all arms of government to end these economically  destructive infractions as soon as is practically possible.

“The losses to us as a commercial concern are significant and potentially irreparable: the losses to Nigeria through the deprivation of revenue as a direct enabler for the improvement of the quality of life of our people is so much greater. The disastrous subsistence of this malaise must be permanently resolved – NOW!.”