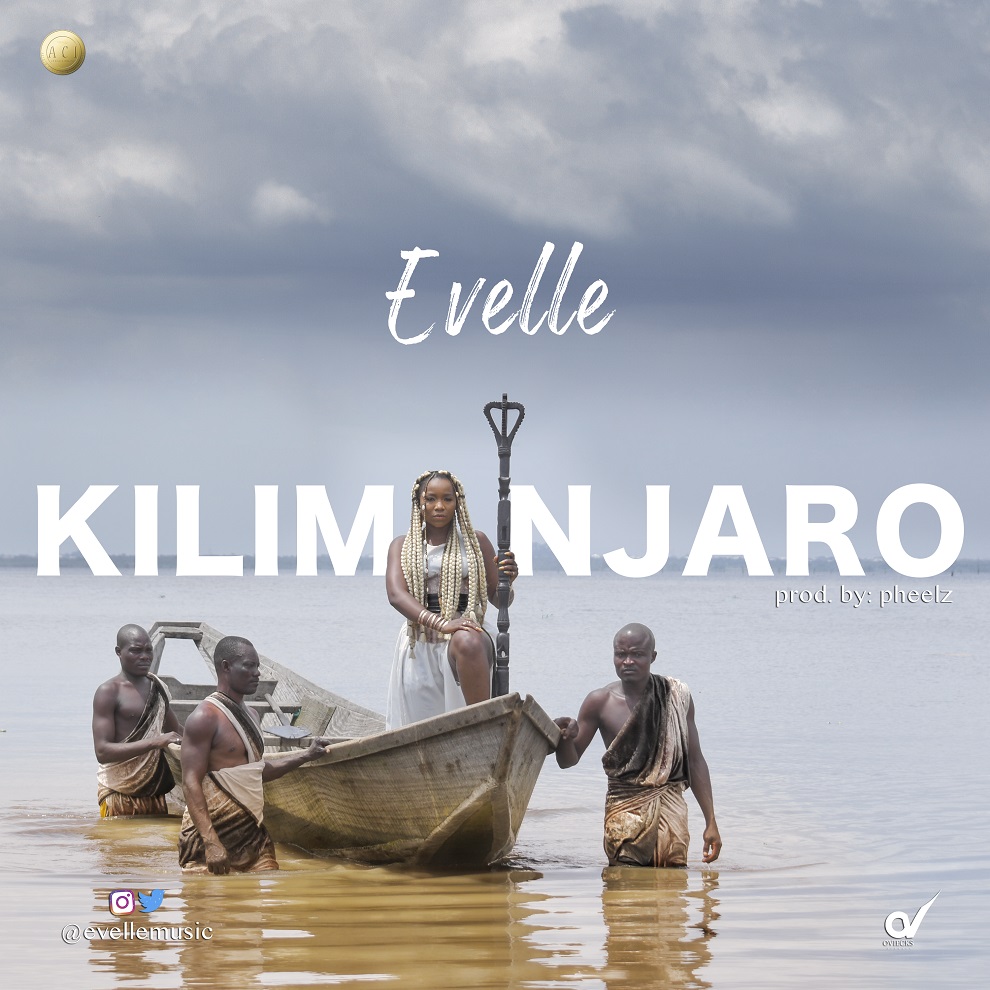 ACI Entertainment‘s recording artiste and former Nigerian Idol Winner – Evelle (real name Evelyn Zibili Ibhade) steps out of the musical kitchen with a brand new single “Kilimanjaro”, produced by the award-winning Pheelz, to start off a potentially promising decade of great music. After winning the very prestigious Nigerian Idol gong in 2014 and performing alongside the legendary Angelique Kidjo at the 2015 Prize for Literature Award in South Africa as well bring the major headliner at the 2018 Martin Luther King Showcase in the USA, Evelle has been working tirelessly on improving her craft with lots of collaborative efforts with different producers. After having released impressive singles – “Waiting” with Masterkraft and “I’m Naughty”, Evelle, currently signed to ACI Entertainment released the sleeper-hit “Time To Shine” in 2016, to wide acclaim before bagging the 2018 AMVCA for best movie soundtrack for the movie “Tatu”. The very talented singer is finally set to take flight with the release of the Pheelz-produced “Kilimanjaro“, a  mid-tempo tune that is set to melt the hardest of hearts. “Kilimajaro” is a soulful afrobeat vibe that sees Evelle in her full elements and a glimpse of what is to come. Welcome onboard the “Evelle” flight as she takes you on a “Kilimanjaro” journey. Follow Evelle on @evellemusic on all social media platforms. Enjoy!  LISTEN ON APPLE MUSIC HERE