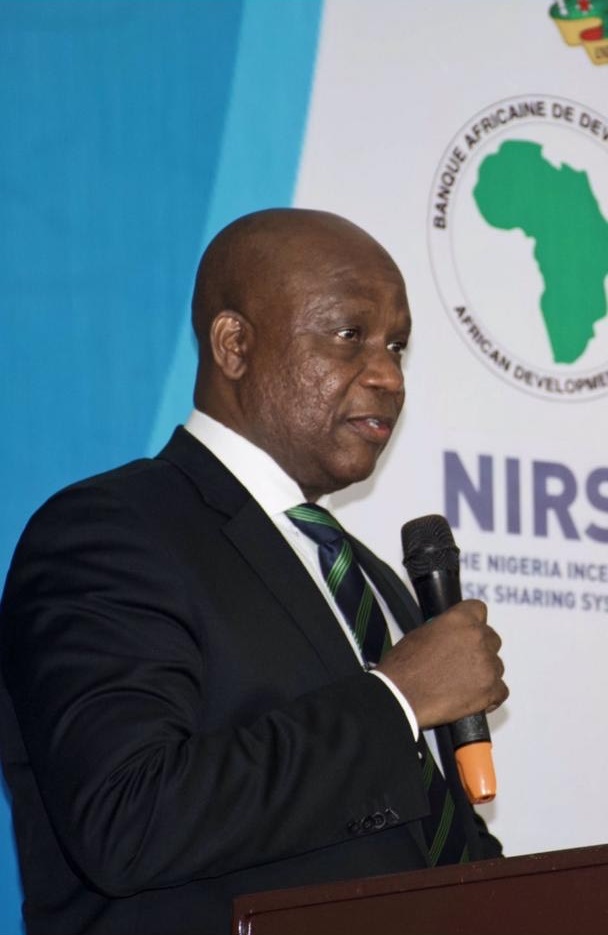 Attention has been drawn to a story published by Sahara Reporters titled “EXPOSED: How Managing Director of NIRSAL, Aliyu Abdulhameed, Dismissed Olalekan Olusanya, Head of Internal Audit to Cover Up Multi-Billion Naira Fraud”.

It is unfortunate that Sahara Reporters made no effort to verify any of the lurid claims in the report or reach out to NIRSAL Plc for a response in line with the basic standards of journalism.

The story is anchored on a non-existent foundation because the main source of the invented “multi-billion fraud” in NIRSAL is a disgruntled former staff who fled NIRSAL while facing disciplinary action for breaching the terms of his employment.

This individual, Olalekan Abimbola Olusanya has since been dismissed by the organization following an investigation that revealed his serial breaches of a number of the organization’s laid down policies. NIRSAL Plc. has since issued a disclaimer to this effect.

While at NIRSAL, Olusanya, a mid-level staff who falsely claimed in the Sahara Reporters story that he was Head of Internal Audit at NIRSAL, violated many internal processes and took many unprofessional and dishonest actions that put both the institution and his fellow staff at risk.

One of such actions was that Olusanya compromised staff confidential information for monetary gain by archiving and illegally exposing the said information to outside parties.

Olusanya’s action was against the clear provisions of NIRSAL’s policies which state: “Treat and safeguard all information as strictly private and confidential and exercise all reasons and care to preserve the confidentiality of same and prevent the unauthorized access to same by unauthorized persons through failure to exercise due care and diligence or through negligence, recklessness”.

This act, unfortunately, led to the kidnap of some NIRSAL staff who were told by the kidnappers that they had the dossiers on NIRSAL staff salaries, their location, and family contacts.

In spite of these and many other breaches, Olusanya was treated better than he treated the institution and his fellow staff in the course of the disciplinary action that he went through. As he acknowledged, he was still retained and paid his salaries for over 6 months after the event, until he was dismissed.

Other aspects of the “expose” published by Sahara Reporters, based on Olusanya’s false statements are also lacking in credibility. For instance, the claim that the Managing Director of NIRSAL has engaged in “multi-billion fraud” is total without foundation.

The disgruntled former staff is not working alone. Another former staff; Olusola Omole who was also laid off after it was discovered he was using NIRSAL for his own selfish gains while peddling lies against the institution. After investigating the staff of Akure, Abeokuta, and Ado-Ekiti PMROs, we found out that Omole had been engaging the Development Funds Offices (DFOs) of CBN and other State Governments officials to promote his private enterprise in Abeokuta, Akure, and Ado-Ekiti. It was also reported that he visits radio stations to air campaigns for public subscription to the services of some companies he promotes,” the report stated.

Not only was he pursuing personal business at the expense of the organization that sent him to the Southwest, but he also started a campaign of calumny against the management of NIRSAL as a strategy to penetrate the region.

The audit committee, following its findings, subsequently recommended that Omole should be “summarily dismissed with immediate effect, without benefits; in line with internal policies and Ethics for professional practice.”

These are some of the former employees who were laid off due to their unprofessional actions. Hence why they’re fighting against the same institution that they worked under simply because they were laid off for their wrong actions.

Given the established fact of NIRSAL’s unique mandate, the technical nature of its capital structure, as well as the institution’s financial affairs which are filed annually with the Corporate Affairs Commission, no one in the organization, has access to any “funds”. The public, including Sahara Reporters, can be forgiven if they display a certain degree of limited knowledge of what NIRSAL Plc is.

Contrary to the narrative being pushed by entrenched negative economic interests over the last 12 months, trying to sabotage the clear progress being made by this 4year old organization, NIRSAL Plc is not swimming in cash, does not see cash and its operations are not funded by either an appropriation of the Federal Government of Nigeria or through an allocation of the Central Bank of Nigeria (CBN).

The truth about NIRSAL’s finances is actually the opposite of the impression given in the report published by Sahara Reporters.

For the umpteenth time, it is worth educating stakeholders (again and again) on what NIRSAL PLC is, what it is not, and the very unique, peerless, and the smart way the Central Bank of Nigeria set it up as an organization.

NIRSAL’s seed capital/debenture loan is permanently invested in FGN Bonds and Treasury Bills and other money market instruments. The proceeds from such investments are what its board approves, through a budgetary process, for the management to pay salaries, the payout on guarantees given to farmers and other Agribusiness investors when their loans are unpaid. These proceeds are also used to train farmers, bankers, insurance industry players, rate and incentivize good borrowing/repayment behaviours by borrowers when they use NIRSAL Plc’s guarantees.

All the foregoing are monies spent for the public good by NIRSAL Plc. from its meager earnings. Yet this organization has to declare profits, pay dividends, amortize/pay back its debenture loans, and still remain a going concern like any other company incorporated under the CAMA/ CAC.

NIRSAL Plc has not only managed its operational capital prudently, it has also grown its seed capital, constantly posted profits, facilitated over N100 billion from the financial sector into Nigerian agriculture, and contributed to the creation of millions of jobs in the sector and other measurable impacts.

The management of NIRSAL under the MD; Mr. Aliyu Abdulhameed has been great, and he is doing an amazing job and Nirsal couldn’t be in better hands!

Finally, the bottom line is that NIRSAL holds the interest of farmers and its stakeholders in the agricultural space as a sacred trust. We will continue to take firm actions against any staff whose activities violate company policy, fiduciary responsibility as well as ethical standards expected of employees in the financial services industry. This position is not negotiable.