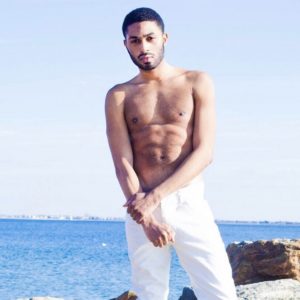 TIM TRILIONI: “A SAVVY AND FASHIONABLE BREAKOUT ARTIST. TIM TRILIONI’S SMOOTH, VERSATILE AND SOULFOUL SOUND COMBINED WITH HIS ABILITY TO CROSS MUSICAL GENRES SUCH AS RAP, R&B, AND POP, AS WELL AS FLIRTING WITH SUCH FORMS AS ROCK AND JAZZ, EVIDENCES THIS ARTIST IS PREPARED TO AMASS MAJOR APPEAL WITH THE INDUSTRY, FANS, AND MUSIC CURATORS – AS HE IS ALREADY GROWING IN POPULARITY DUE TO HIS STYLE.”

Tim Trilioni is a New Orleans Native who’s grown up literally most of his life around all genres and music forms. Performing in Congo Square New Orleans he is reminded that Africa is the root of all great American music from Blues, to Jazz to Hip Hop and Rock Music. He fell in love with Jazz music from a young age performing at local jazz clubs, churches and events. As an artist, Tim Trilioni does not feel artists should put boundaries on their musical expression and it shows in his work. He loves Afro Beats and Kwaito and currently in discussions with select artists on some potential future collabs. Tim Trilioni is also a producer, songwriter, and director. In Trilioni’s spare time he organizes charity events for the homeless and local community youth programs. He is currently working on filming a movie in Nigeria regarding culture and history. He splits his time recording in preparation for the release of his upcoming EP, set to drop in late September 10, 2020. We are sure you will love Tim Trilioni’s music as much as we do. Enjoy and get into the mind and soul of Tim Trilioni! Newly Released Songs. Check out Tim Trilioni’s Music and see just why some are calling him one of the most versatile up and coming artists to date:

Also See: By My Side

The Music Talk With Smash (TMT)