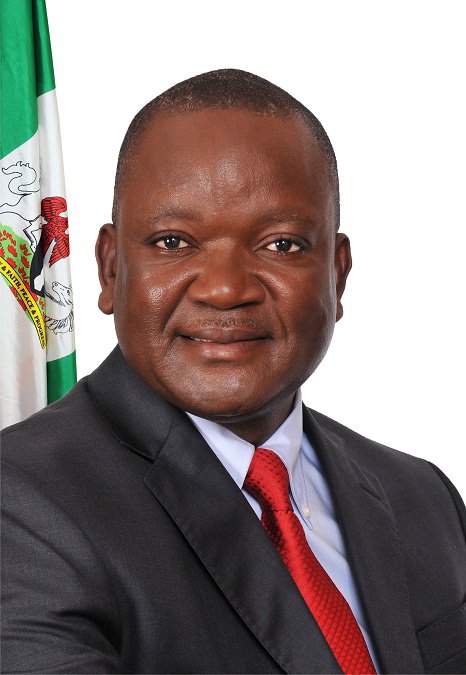 Benue State Governor Samuel Ortom on Wednesday, stated that Benue must live up to its reputation as the food basket of the nation.

The Governor stated this while flagging off the N500 million agricultural value-chain development loan scheme for civil servants and political appointees in the State.

While positing that every country in the world excels by utilizing its competitive and comparative advantage, the Governor maintained that the famous groundnuts pyramids of Kano were largely produced from the Benue Valley and sold to multinational companies like UAC and John Holt for exports before the oil boom of 70s and 80s.

Eyes Of Lagos gathered that, He explained further that there was need to diversify the nation’s economy away from oil to pave way for agriculture as one of the sure pathways for sustainable economy and quality livelihood.

Ortom who restated his administration’s commitment to greater investment in agriculture added that the loan facility which is an arrangement between Benue State government and Bank of Industry (BOI) is for a repayment period of three years for civil servants and two years for political appointees at only 5% interest rate.

“The loan is neither a largesse nor national cake but a credit facility that must be paid back in full at the end of its tenure and is tied to salaries of beneficiaries which would be deducted at source when salaries are paid.

“Our administration had in the last five years, provided “N400 million as loan to women, youths and civil servants and other groups to encourage them engage in various economic activities to improve their livelihood.

“We must begin to develop a culture of savings, borrowing and paying back on time for a new Benue full of hope for the future, strong, prosperous and peaceful,” the Governor stated.

On his part, Manager, Bank of Industry, Boniface Awodi applauded Governor Ortom for the arrangement even as he enjoined the beneficiaries to abide by the terms and conditions of the loan.