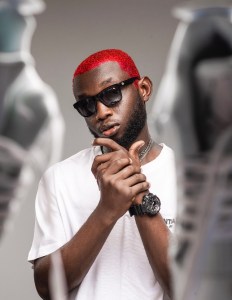 Adepuji olushola omotolani popularly known as OG HYPER is a Nigeria hip hop recording artist, he does both hip hop and commercial rap.

OG Hyper  is a talented young rapper that has shown a lot of promising signsAccording to him,music is a part of him.  His early struggles serves as inspiration to him and easily creates sounds from virtually anything he sees or listens to.

In November 26 2020, he released his debut studio EP, ERIKINA THE EP which was released under no record label. The album was supported by erikina, magun, bariga and many more. Now he his about to give us a street anthem titled sugar daddy which he featured small doctor, and marlians signed act mohbad.