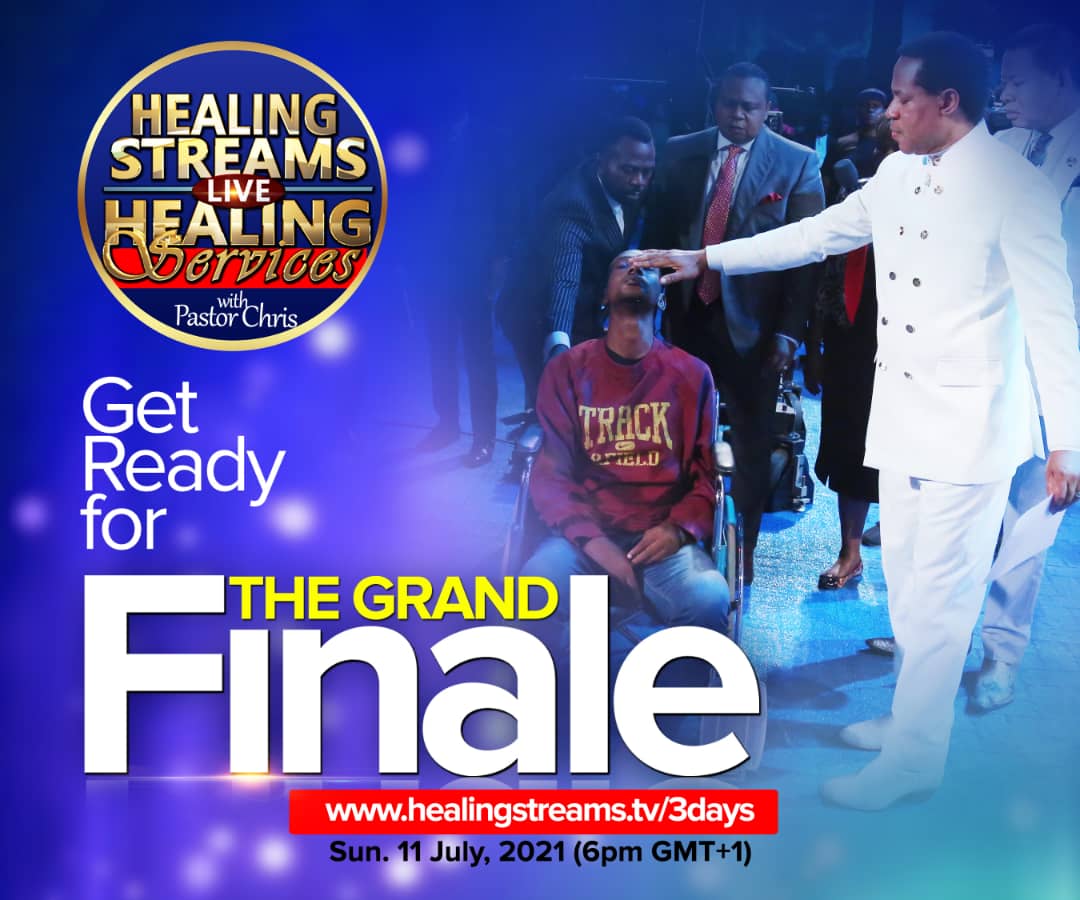 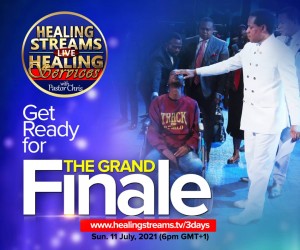 Billions of people from across the world are glued to their devices for the Grand Finale of the 3 days epoch making Healing Streams Live Healing Services with Pastor Chris Oyakhilome.

The event which began on Friday July 9, 2021 and being translated in over 3000 languages has witnessed several miracles of healing and blessings. In the past two days, people all over the globe have tuned in to watch God’s Word at work.

“We have seen the glory of God, and His amazing love as expressed through the gift of healing freely given to everyone who believes. For two days, people from across the nations and territories of the world have lifted
their hands in worship, praising him for the wondrous works that he has done in their sight. With billions of people participating across the world, this is the biggest broadcast event ever,” a statement from the Healing School, organizers of the Healing Streams Live Healing Services with Pastor Chris. 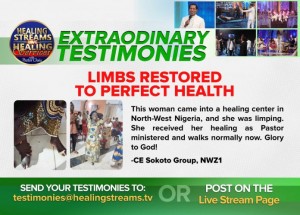 All over the world, people gathered in hotels, bars, on the streets, in prisons and their homes. Some of them watched on TV, some watched on their smartphones and computers, and some listened on the radio. Wherever they were and whatever the medium, the power of God was present to heal.

The Man of God, Pastor Chris, has blessed the global audience with teaching on the truths and realities contained in God’s Word. Indeed, this has been an expose unveiling God’s desire to have all men be healed and enjoying divine health.

The times of ministration and impartation have been nothing short of astounding. Watching in awe and reverence, people across the globe saw the man of God stretch forth his hands and cast out demons. Faith rose to the highest and many were ready and alert to receive. So, when the man of God directed those same hands to the cameras and declared every sick person healed and all infirmities gone, it was an avalanche of wonders.

Children with deformities were made perfect, blood conditions disappeared, and every sickness and disease became history. Testimonies of the miraculous having been popping up everywhere from all over the world. One just has to look. There are healings and miracles everywhere as men, women, and children glorify the Name of the Lord God.

Kima from Nigeria had been diagnosed with lumbar spondylitis and had suffered for a long time. During yesterday’s broadcast, even before the man of God began to speak, she was on her feet. The demon that had tormented her came out, and she was totally free.

In a healing centre in Tacoma, USA, a lady who had suffered a spinal injury that left her dependent on a walker for mobility got healed and began to walk unassisted.

From the UAE to Papua New Guinea, from China to Saint Lucia, the stories and pictures and videos are still pouring in. The blind see, the deaf hear, the lame walk, and the bedridden arise from their sick beds at the mention of the Name of Jesus.

A baby from Ethiopia was born with deformed hands and nose. Through the Healing Services, she has been perfected. No more anomalies, whatsoever!

Samuel Lian From Myanmar had kidney failure and this tormented him for about three years. He says, “My life was miserable because I had to go to dialysis every week and it was very tiring physically and emotionally. So, during Healing Streams on Friday, the man of God pray for me and I felt relieved as something left my body. I knew that I was healed and I’m truly alive now. I received my healing at home. I thank God for using Pastor Chris through this ministry to change my life.”

It gets even better. There is one more healing service to go. As Pastor Chris said at the end of the second service last night, “This is the big one. We are taking it higher, and we will see miracles like we’ve never
seen them before.”

Are you ready for a supernatural impartation and divine visitation like never before? Visit www.healingstreams.tv/ now to connect. God bless you.