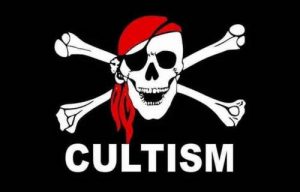 Residents of Aba in Abia State have called on the state government to strengthen security due to the ongoing cult clashes which have turned their areas into a war zone.

One of the residents, who spoke with  the reporters, said a lot of youths had been killed in recent times by the cult members who roamed about with deadly weapons in their bags.

The source said, “There has been an ongoing cult war in Aba, Abia State. It started since last year and whenever it seems like ending, it starts again, and the government is doing nothing about this.

“Countless youths have been killed by them; even grown-up men who were once cultists in their youthful days are being killed too.

“At first, it was as if everywhere had been calm but last week, two more persons were killed; one along the railway in Aba and another one at Osisioma. Just yesterday, another tricycle drive was killed when he was doing his daily work.”

“Please help us inform the government of Abia State that they have to stop these killings. The boys walk freely with guns in their bags because they are not searched and they are always looking for someone to kill.

“The government should ensure that officials search anyone whose movement seems suspicious because this issue in Aba is getting out of hand. They even go to people’s houses to kill someone all because he was once a cultist,” another resident lamented.

CELEBRITY NEWS: All The Information You Need To Know About – BARSO Club, Delta