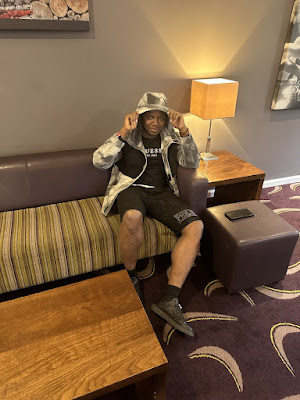 From Wikipedia, the free encyclopedia

This article is about the Nigerian musician. For other people with the name, see King Fidelity (name).

Fidelis Ifeanyi Okafor professionally known as King Fidelity is a Nigerian artist and songwriter who is based in the United Kingdom. King Fidelity was (born on February 21st, 1988) into the family of Mr & Mrs Okafor, he is the fourth child of his parents. King Fidelity is from Anambra State, he was born in Imo State and grew up in Anambra state of Nigeria.

He then proceeded to St Charles special science school in Onitsha, Anambra state Nigeria, throughout his high school he learned to play the drums and piano  He also learned to create his own rendition of every recording he heard.

He further proceeded to Imo State  University Owerri where he obtained Bachelor of engineering degree (B.Eng) Mechanical engineering in 2015.

He then proceeded  for his post graduate course (Masters) at Northumbria University London where he studied business with human resources management and advanced practice 2019-2021.

King fidelity developed interest for music at a tender age. He initially wanted to become a business man not a musician.

King fidelity in 2020 dropped his first singles “HUSTLE” and “HIGHER WE GO”.

In 2022 “GOD TOO MUCH ” and ” Finally ” were officially produced and released.

King Fidelity with his passionate attitude always has people at heart and most times reaches out to the citizens of the countries.

I Dream To Inspire My Peers, Society, Says Bayo Beats