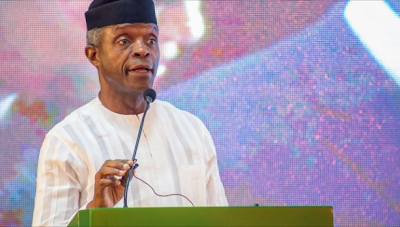 According to facts gathered by Eyes Of Lagos, Not many people know what Prof. Yemi Osinbajo really means to Nigerians and how he has impacted the lives of people and the nation.
Below are four things the number two man means to Nigeria.
1. Hope for Nigerians (through the Social Investments Programmes): Vice President Yemi Osinbajo oversees what is regarded as the largest social investments programme in sub-Saharan Africa. The National Social Investment Programmes (N-SIP) comprises of the N-Power Programme, currently employing 500,000 graduates; the GEEP loans (Market Moni, FarmerMoni andTrader Moni), providing credit to over 3 million Nigerian traders, artisans and businessmen; the Home Grown School Feeding Programme, feeding over 9.5 million children in public schools in 31 states nationwide; and the Conditional Cash Transfer programme, putting disposable funds in the hands of over 300,000 of the poorest families in Nigeria.