May 23, 2019 Aviation Union Shut Down NCAA Office At Abuja Airport 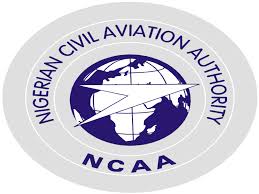 Aggrieved members of the joint aviation unions, Wednesday shot down the Nigeria Civil Aviation Authority (NCAA), Abuja office to demand for the sack of its Director General, Mr Muktar Usman over alleged high handedness and improve conditions of service. The unions also accused Muktar of not being interested in the welfare and being autocratic in his leadership approach, adding that the director general had refused to pursue the approval of the condition of service. One of the protesters, Dauda Nanbol said “our grievances are that we have some industrial issues and those are issues bothering around the structure of NCAA which comprise of the directorate and department. ” The NCAA management has decided to collapse some the directorate and department which have limited space for people existing in the organization to grow career wise . “While our members sit to write promotion exams and are expected to be promoted but they will be informed that there is no vacancy in the directorate. We are calling on the organization to implement the reviewed organogran as agreed by the Union and NCAA because we have agreed that those directorate and department that have been merged should be returned as they were so that our people can be promoted. “We also have issues of people being employed to occupy the managerial post on contract basis while people growing in the career are told that they cannot attain the post because there are no vacancy for them in this paces.” “Also on the issue of condition of service, We all know that as workers we deserve our wages and our wages are our right because we put in our effort. But our condition of service are being reviewed from time to time but the CoS of NCAA has been lying down in the salaries and wages commission and the management are not interested in getting approval for that CoS to be implemented not to talk of implementation.” The unions are the National Union of Air Transport Employees (NUATE), Air Transport Senior Staff Association of Nigeria (ATSSAN), National Association of Aircraft Pilots and Engine era (NAAPE) and Association of Nigerian Aviation Professionals (ANAP). The unions, which threatened to lockdown the airport and disrupt flight operations from Thursday if the federal government failed to address their grievances, are demanding among other things the review of the staff condition of service, returning to the original organogram of NCAA and inauguration of the board of the authority. Meanwhile, the Minister of State for Aviation, Sen. Hadi Sirika had said the demands of the unions were not in the best interest of the sector, adding that the unions had not come to him for dialogue before now. Sirika said that NCAA or the ministry was responsible for the delay in the review of the staff condition of service, explaining that the National Salaries and Wages Commission was the agency of government responsible for approving it. On the organogram of the agency, he said that the government took the decision to reduce the number of the directorates in NCAA because of the cost of running the agency. Eyes Of Lagos gathered that, The minister explained that over 500 staff were stagnated without promotion in the organization for several years before he assumed office in 2015, adding that majority of staff had so far been promoted. He said that those yet to be promoted were very few. On the appointment and inauguration of the board, he said that the civil aviation regulations made it mandatory for the government to only appoint an aviator to head the board. According to him, the persons earlier nominated were a non-aviator, which he said was responsible for the delay in the inauguration of the board.