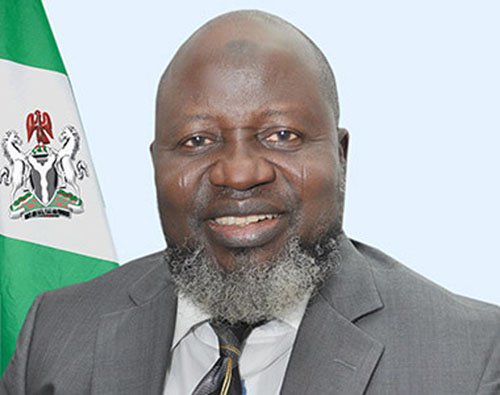 According to Galaxy Backbone and Ministry of Communication, Govt plans to roll out its eGovernance platform very soon. It is based on a MasterPlan that the Korean Governnent spent $500m to develop. Also, Shittu the former Minister of Science and Tech had during  the Launch of the eGov Master Plan on 24 May 2019 said it would run on a NIPOST platform and a private company has been incorporated to manage the effort. This is shaping up to be another Mega Failure already. It is built by government officials trusted to do the best for the country but seem to lose sight of that fact somewhere along the way. There are so many fundamental issues wrong with this; too simple and too many to contemplate. Let’s look at a few Firstly,  have everything Nigerian eGov running on one single platform is a serious security vulnerability. How? To incapacitate the Nigerian government, all you have to do is to take that platform down and it would be over. The single NIPOST platform would attract many such attack attempts and eventually one such attack attempt would be successful and bring down the entire Federal Government. Each Ministry is supposed to be allowed to develop it’s own assets whilst all that is developed is a framework for communication between the ministry platforms. Security is everything. This single point of convergence is a guarantee for failure

Secondly, nations protect their masterplans, especially technology plans and yet government officials of Nigeria received $500m of “aid” from a foreign power for something as sensitive as this? With all the IT skills domiciled with Nigerians, was it not possible for these officials to call a series of conferences for these skilled Nigerians and build a team to work with????? Again security is everything. Thirdly, whatever the justification, it is manifestly inappropriate to register a private company to run eGovernance Services. It is the culmination of the commercialisation of Govt services which all have budgetary appropriation from the commonwealth of Nigerians. Why make us pay for it again? and then still involve a commercially registered company. When did government need commercially registered firms to render service, regulate the nation, form policy or even collect money for its services? And worse still, one  commercial entity to represent ALL Government MDAs under NIPOST platform???

Fourthly, why NIPOST platform? A NIPOST under Bisi Adegbuyi that has not achieved any Transformation of NIPOST? We are now to entrust such with the responsibility of hosting the  eGov service of the entire nation? Who is Bisi Adegbuyi?  he was once an Ogun State delegate for Jonathan in PDP and now turned out to be an appointee of APC from Oyo State. Despite all entreaties can not make headway for or account in respect of all the stamp duties running into Trillions which NIPOST along with other agencies is accountable for. Attempted to collect 1,000 naira every year from Nigerians for a digital addressing framework that is free globally. Violated Executive Order Number 5 of President Muhammadu Buhari. Misled the National Assembly, Presidency and Ministry that NIPOST had signed a contract with a  Foreign Company for digital addressing when no such thing had been done because in reality, it was his friends private company mData Technologies that had actually signed the contract for the whole of Nigeria instead of NIPOST. Now this same person has things to do with national eGov and suddenly a private company has been registered to handle the eGovernance through NiPOST platform? Once again, the word scam is beginning to ring bells around this eGovernance program. If it walks, clucks and looks like a chicken, it usually turns out to be a chicken. The eGov project will be a disaster on a massive scale if steps are not taken to reorient its course.