Real names “Tejiri Ochuko Ibihwiori” better known by his stage name “tJay” is multitalented personality Doubling as talented song writer, singer, performer and a business tycoon being the CEO of his newly established record label “GreenLife Entertainment” Being a promising and zealous person who is ready to stop at nothing to make a huge statement in the Nigerian music scene there is a strong need for his fans to have a clearer picture of his life and times before taking his carrier to the next level. On that note we will be taking you through his profile and biography as we prepare you ahead for and huge number of projects you will be served with in the coming weeks.

Artiste Profile:-
Tejiri ochuko Ibihwiori  (born  6th-October-1992) better known by his stage name ”tJay” is a Nigerian singer, songwriter and performer based in dallas US with a classic style of music .
The Niger Delta born is an Afro Hip hop artiste that started music from his secondary school days in unity secondary school agbarho.
He is currently one of the household names in Nigeria music scene in diaspora especially in U.S where he’s based.

Early Life:-
tJay was born in Isiokolo ethiope east local government, Delta-Nigeria just like every young kid growing up “tJay” grew up in a family who had a keen interest in music art and culture as his dad would always play his local music band other times gospel songs which indeed form the basics of his early beginning as a singer as he would mine most of the songs been played.

Music Career: Having decided to take his career professionally tJay begun his musical journey, with influences ranging from local to foreign artistes who played a major role in building his ideology as an artistes, his Personal music compositions began as early as the primary school stages,impressing,thrilling and entertaining friends and family members.
However years passed and tJay’s addiction to music grew. In the early 2000
tJay  Being encouraged by friends and family to learning how to play a music  instrument and such as the piano.
Over the years, he came to create and master his own unique sound which helped him understand his sound and craft better.
In 2018 he dropped his first official single titled: Tooth Fairy (Audio+Video).
which enjoy massive Air play on radio across the nation and heavy rotation on local and cable TV stations in the country.
Over the years, tJay has wowed fans as a singer, song writer and performer, performing his own songs at gigs where he was continually showered with praises as an artiste.
tJay is currently signed to Greenlife Ent, an entertainment outfit owned by him
He promises to unleash a countless number of joints back to back which is already piled up in the studio.

Musical Influence:
tJay Had the privilege of been influenced by some music icons and legends such as late
Bob Marley, Eric Donaldson, Wyclef Jean, Mumford & Son’s, 2face Idibia to mention But a few.
TJay Is definitely here to stay for a long time while Entertaining Lovers of good music and his fans all over.
I suggest you keep you fingers crossed and follow him closely he unfolds the stuff he’s made of.
Connect with him via his social media handles below
Twitter:- @ @holatjay
Instagram:- @holatjay 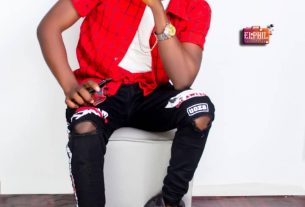 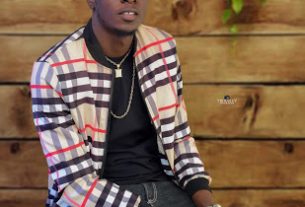