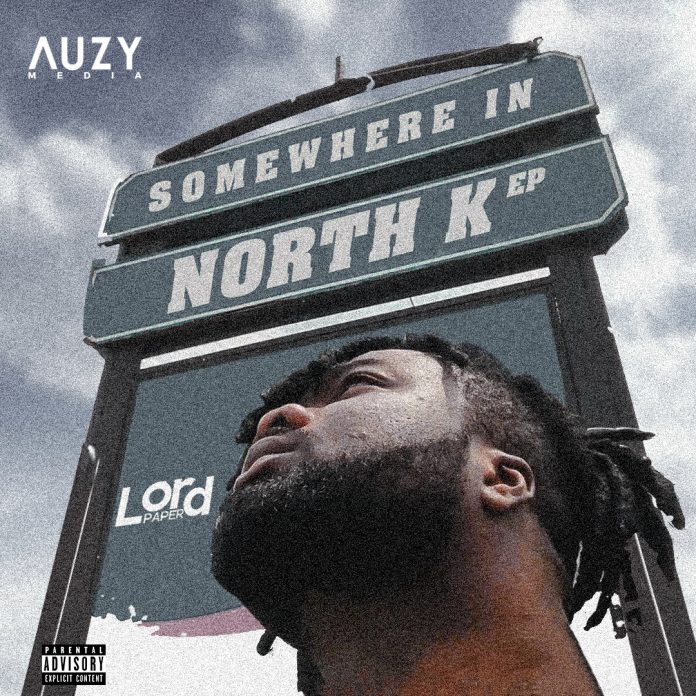 Fans have eagerly been waiting for news on the EP, after the very successful reviews his single, Dzigbordi received which is already the talk of town.

And in true essence, fans can’t wait for the EP, but we are getting close to that day.

The song has generated loads of buzz in the country with massive airplay, and it’s safe to say Dzigbordi is gunning for song of the year at next year’s VGMA.

And with his impending project set be release later this month, Lord Paper has released artwork for The EP.

His project is said to be called Somewhere In North K, naming the EP after his area of residence “North Kaneshie”.

Lordpaper over the years has celebrated the city that nurtured him and celebrates North Kaneshie often in his craft.

The cover art, which was designed by Gaza Stunner, features Lord Paper standing below a sign post which reads “Somewhere In North K EP”, above a bright blue sky.

The album is set to be released on 26th July, 2019 with rumored features in the wake and fans can look forward to a masterpiece, following in the footsteps of Love No Catch You Before Remix and Dzigbordi.

So mark your Calanders guys, the countdown has started, and  we’re officially 25 days away from greatness.