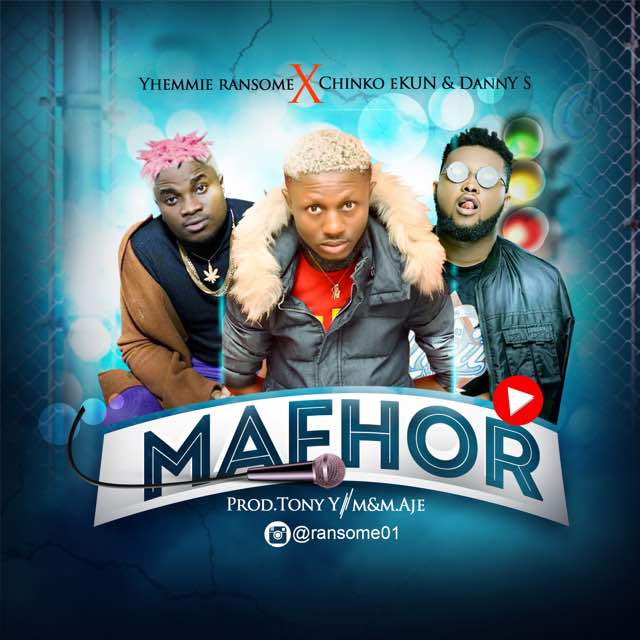 Another banger from Yhemmie Ransome as he comes through with another new smashing single titled “mafhor featuring Chinko Ekun ,  the able God crooner and Danny S aka Mr waka jeje
Yhemmie Ransome popularly known as Ransome was born 2nd of May in Ekiti State.  So he decided to drop this single titled mafhor. this is a sure hit banger for the street as the slang has gone viral. Mafhor is produced by Tony Y mixed and mastered by Aje  . It serves as a follow up to “Las Las “
Listen and Enjoy!