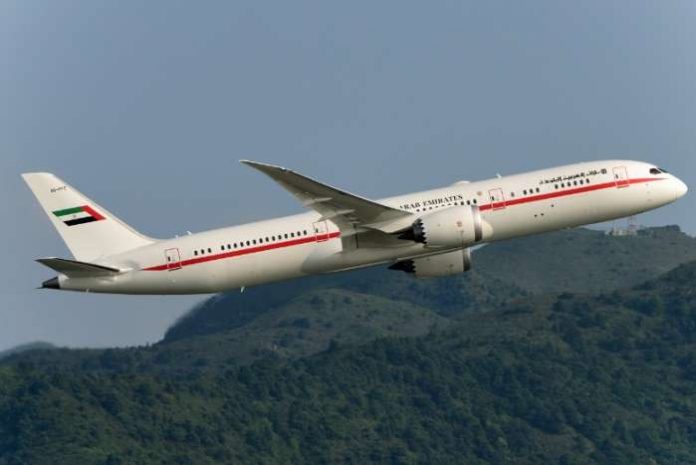 Etihad Airways, United Arab Emirates national carrier, has launched one of its Boeing 787-9 Dreamliners on the Nigerian route from its hub Abu Dhabi to Lagos.

The first return flight took place 2 August, with the plane touching down at Lagos airport in the morning.

Eyes Of Lagos reported that Flight EY673 took off from Abu Dhabi at 2.35am and arrived on schedule at 7.10am local time, while on return, the flight EY674 departed Lagos at 8.30am and touched down in the UAE capital at 7.10 pm Friday night.

Etihad Airways Chief Commercial Officer Robin Kamark said: “We are delighted to upgrade to the Dreamliner aircraft on the Lagos route to further enhance the guest experience and to meet the needs of the growing numbers of business and leisure passengers travelling to and from Nigeria’s largest city.”

The Abu Dhabi carrier started the Lagos service in July 2012. The route has proved very successful for the airline, recording consistently strong demand to and from both cities, he stated.