FFS N9.20bn Request: The Quest To Fulfill A Distant Mandate 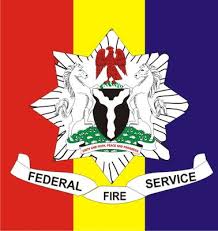 In a bid to boost the capacity of the Federal Fire Service, the Agency is requesting the sum of N9.20bn Special  Intervention  fund. CHRISTIANA NWAOGU writes that among the challenges facing them are; shortage of fire stations, obsolete equipment amongst others.

For decades, the gap between the potential and reality of Federal Fire fighters has been beyond our reach. But with the efforts of the present Controller General of the Service (FFS) , Alhaji Liman Ibrahim,  the nation and the world at large,  is beginning to acknowledge the potentials and prospects of the drive of this very critical wing of government and how far they have  come in achieving their set targets and aspirations , thus, making the agency a reference point , not just in Nigeria but the African Continent.

The Federal Fire Service (FFS) today is a departure of what it used to be before Liman  took over the saddle.

Since he became  Fire Service boss, Dr Liman Ibrahim  has given strategic direction to the agency by repositioning it as a lead driver in the delivery of dividends. He has given the FFS and the government , a new corporate character, inspiring many across a wide spectrum , to sign up to his vision for taking the service into the future.

The persona of Alhaji Liman Ibrahim inspires the very high of regards: his charisma and sincerity; intelligence and confidence, modesty, dedication , drive , hardwork and insistence on excellence.

He has demonstrated prudence , insight , transparency , boldness and high integrity.  All these have helped brand FFS as an agency with a responsible leadership, a wealth of ideas and a sense of purpose.

In getting his vision off -the line less than a year into the helm of affairs, the CG, has toiled tirelessly , running the affairs of the  agency under his watch with dispatch.

Prior to his assumption of office , the fire agency was a by-word for backwater service, grappling with age -long challenges of despair, inadequate funding and infrastructural deficiencies.

The appointment of Liman Ibrahim as the third Controller General has made the FFS tick, moreso, he has fine- tuned , tailored and matched governments  investments with complimenting results, thereby charting a course for our nation.

Today,  Liman can be said to be the architect of the modern and transformed Fire Service  we lay claim to as a people. It’s a fact that he inherited a fire fighting agency in utmost despair, laid back and  dilapidated, decrepit and derelict infrastructure, an agency that used over one hundred and sixteen years (116) outdated equipment.

Most importantly, the totality of his effort  has now  placed the Service at par with its counterparts in Africa and beyond, restoring the nations confidence on its ability to contain fire outbreaks, save lives and property through effective service delivery.

Today, with the mandate totally on his shoulder, Dr. Alhaji Liman Ibrahim can be said to be  using the midas touch. He has applied the biblical wisdom of Solomon  to change the mindset of Nigerians towards the Fire Service.

Since his assumption of office after the retirement of his predecessor , Engr Joseph Garba  Anebi, undaunted by seemingly insurmountable challenges, the determined Liman hit the ground  running to translate his lofty dreams  into concrete reality.

A visionary leader with determination and doggedness , he runs the Fire Service like a Chief Marketing Officer with the motive of delivering dividends to shareholders , meeting customer ( fire victims) and clientele demands, while re- orienting  and re- enlightening staff and repositioning the brand (FFS) in the market place as a fire runner and a quintessential brand.

Liman who is bent on rewritting the history of FFS with his giant strides in many facets; unprecedented infrastructural development, human capital development and other major upliftment of the agency says he will shape it  in extraordinary ways and redefined their existence .

To attain this aspiration, the Fire Service boss (FFS), Dr Liman , some days back made a passionate appeal to President Muhammadu Buhari to inject the sum of  N9.20bn Special Intervention Fund into the Service to enable it procure and address  fire fighting mobile asset deficit across the country.

The Fire boss  who made the appeal while commissioning  twelve (12) out of the forty four (44) modern firefighting trucks approved by the Federal Executive Council (FEC) in 2017 and 2018  in Abuja, lamented that while 19 out of the balance is ready for shipment , the Service cannot take delivery of the remaining 13 which are at finishing stages of production due to cuts in it’s 2018 and 2019 Capital budget proposal.

Liman regretted that , this is in spite of all appeal made to the appropriate authorities to retain the Service’s budget as proposed.  He said, “ It is in this regard that I am seeking the Intervention of Mr. President through the Secretary to the Government of the Federation (SGF), for Special Intervention Fund  in the sum of N9.20bn to enable delivery of the remaining equipment.”

The CG, who  acknowledged that the phenomenal increase in the fire fighting asset base under the watch of President Muhammadu Buhari is unprecedented in the history of the Service gave a breakdown of projects so far executed to include refurbishment of 20 firefighting trucks and ancillary equipment.

He enumerated others to include the rehabilitation of Fire Service barracks and stations in Abuja and Lagos, upgrading of fire training facilities at the National Fire Academy , Sheda, Delivery of 44 modern fire fighting trucks, water tankers and ancillary equipment as well as the recruitment of over 2,200 Firefighters among others.

Dr. Liman further revealed that the federal government recently approved the establishment of additional six Zonal Headquarters and four Fire Service Training School across the country. He said the locations for the new zonal headquarters are Minna, Sokoto, Yola, Owerri, Asaba, and Osogbo while the training schools are in Katsina , Maiduguri, Ilorin, Umuahia and Yenogoa.

Others are the development of modern communication centre for enhanced emergency response , effective command and control  and fire safety regulatory activities.

Others are upgrading of the NationalFire Academy Sheds to a degree awarding institution with it’s affiliation to the Nigeria Defence Academy Kaduna for the purpose of offering post graduate degree courses in disaster management as well as the strengthening of FFS presence in the states.

The Permanent Secretary, Ministry of Interior, Barrister Georgina Ekeoma Ehuriah at the occasion,  described the commissioning of the twelve trucks as a further testimony of the determination of the administration of President Muhamadu Buhari to take the Fire Agency to the next level.

Barr Ehuriah said, “ since the PMB administration came into power in 2015, the FFS has continued to enjoy improved funding which has changed the face of the Service from a hitherto moribund institution with dilapidated and outdated fire fighting vehicles and accessories to a world class institution.

While commissioning the trucks, the Secretary to the Government of the Federal (SGF), Boss Mustapha,  said the  President Muhamadu Buhari’s administration is committed to the safety of lives and property of Nigerians and Foreigners alike, hence , the approval by the immediate past Federal Executive Council (FEC) of the  procurement of these equipment  to boost the economy in line with government policy on Economic Recovery and Growth Plan (ERGP)”.

Boss Mustapha who stated that the FFS remains a priority of the PMB’s led administration said to prove this,  the government shall continue to empower it to enable it secure national assets and continue to procure more fire fighting equipment to boost fire safety.

He said, “ the Federal Fire Service , as one of the Security Agencies of government , shall be provided with the necessary tools required to secure National Assets and Critical Infrastructure thus, enhancing economic growth of our nation.”

The SGF pledged that , the federal government will continue to procure more of these world class and modern fire fighting equipment in other to improve the euipment holding of the service.

Boss Mustafa expressed the optimism that when fully equipped and empowered, the Service should and must function as the insurance portfolio of the economy. “The economic portfolio of the nation must be be protected by the Fire Service against destruction by fire and related emergencies.

The SGF who condemned the recent killing of innocent citizens and burning down of the Emergency Response Shelter operated by the National Emergency Management Agency (NEMA) at the Central Business District , Abuja by the IMN said, the federal government will continue to ensure that the Paramilitary Services under the Ministry of Interior , particularly the FFS enjoy the support of the administration to deliver to the nation quality service of providing safety and security.

Eyes Of Lagos however gathered that so far, the Federal Fire Service has among other notable feats created  sponsorship for States Fire Service personnel to be trained on enforcement of the National Fire Service Code, ICT and other relevant areas.

Findings further revealed that FFS  has also provided Insurance cover for staff in cases of accidents or deaths  as well as the outright payment  of death benefits. Nothing beats this kind of vision in any reputable organisation.

As a proof of the CG’s quest for excellence and intellectual prowess, he has further widened the scope of this year’s  conference of Directors of States Fire Service , billed to take place from August 5-9, 2019 in Kwara State to encompass stakeholders to collaborate in fire fighting activities in the country.

The serviv  also introduced the academic journal for the purpose of gathering thoughts and ideas from scholars in Nigeria , with respect to the causes of Urban Market Fire in Nigeria with a view to finding a lasting solution to the menace.

A Fire Safety expert, Mr Alabi Akinwumi who expressed the optimism that Liman will judiciously utilise the N9.20bn Special Intervention Fund requested for if released said, “ I was quite aware that things are bad with the country’s Federal Fire Service.”

Akinwumi who described Nigeria as a country that has to contend with numerous fire and other disasters almost on a daily basis was shocked that  for two decades, there was no new addition to the tools of the primary agency responsible for the management of fire disasters .

He said, “this to say the least, is criminal, condemnable and heart-rending! Imagine hundreds of lives that have been lost to fire disasters. Contemplate properties worth billions, if not trillions, of naira annually lost to infernos. How can successive administrations neglect the country’s fire service?

The Fire Expert further questioned thus, “How well can a badly maintained 20-year-old vehicle perform? If the Federal Fire Service is treated with disdain, one does not need to be a soothsayer to know that state fire services will not fare any better.”