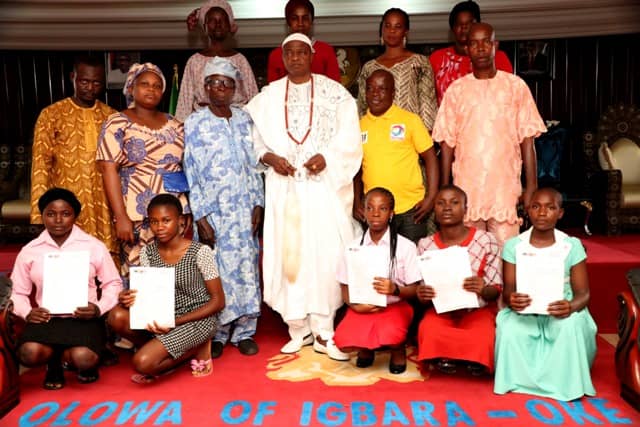 The Olowa of Igbara-Oke kingdom, Oba Dr. Francis Adefarakanmi Agbede, has described the reign of the Elerinmo of Erinmo Ijesa, Oba Dr. Odunayo Ajayi as the one that has helped bring unprecedented development to Erinmo and the good people of Erinmo Ijesa. Oba Agbede said this at the 5th Year Coronation Anniversary and launch of the biography of Elerinmo of Erinmo Ijesa, titled, From “Testimony to Testimony”. The monarch who reiterated the age long relationship between him and Oba Ajayi, said he was not surprise at what he had seen in recent years since the ascension of Oba Odunayo Ajayi unto the throne of his fathers.

While commending on the recent development that has heralded Erinmo Ijesa, Oba Agbede also called for the continued supports and contributions of the good people of Erinmo for the monarch so as to make their country home, Erinmo Ijesa envy of other neighboring communities. He therefore thanked God for the lives of Elerinmo, his family and the good people Erinmo Ijesa to have made good choice five years ago and prayed for more glorious years for Oba Ajayi.