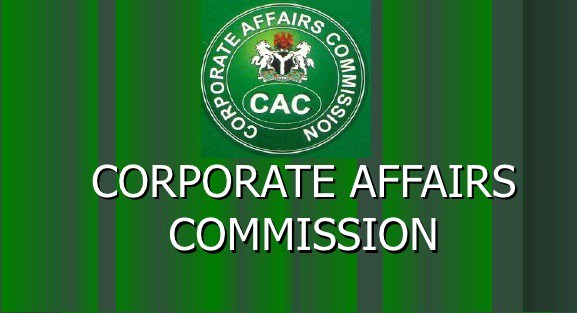 Acting registrar-general, CAC, Lady Azuka Azinge, said this yesterday at a stakeholders’ conference organised by the  Commerce and Industry Correspondents Association of Nigeria (CICAN) in Abuja.

The conference has as its theme: Next Level Agenda: Unlocking the Under-utilised Potentials in the Non-oil Sector; The Role of MSMEs.” She explained that the CAMA has been in operation since 1990, but concerns by the private sector led to the amendments to the bill as many of its provisions were not in tune with current business realities. She said having been passed by the national assembly, the bill is on the table of President Buhari, waiting for assent.

According to her, the bill seeks to establish an efficient means of regulating businesses, minimise the compliance burden of small and medium enterprises (SMEs), enhance transparency and shareholder engagement and promote a friendly business climate in Nigeria.

She also said the amendment is designed to enhance the Commission’s supervisory and regulatory powers.Azinge said the signing into law of the bill would go a long way in helping the Commission realise its dream of being a world – class companies registry.

A group in the nation’s maritime industry, Association of Professionals for Safety in Shipping in Nigeria (APOSSIN), has petitioned the National Assembly over the recent pronouncement of the Nigerian Ports Authority, (NPA), instructing shipping operators to stop paying for personalised security services offered in the Secured Ancourage Area (SAA) being operated by the Nigerian Navy in collaboration with private firm, Ocean Marine Solutions (OMS) Limited.

Recall that the NPA recently disclosed that it is set to take delivery of patrol vessels to enhance waterfront security at the ports, therefore directing shipping companies not to pay any anchorage dues to private security firms as it would take responsibility to secure vessels at the ports anchorage.

But, in a petition to the NASS, the group had noted that the directive was not only ill-advised but also counter-productive, stressing that NPA does not have the authority to make such pronouncement on an arrangement by another agency of government to deliver on its mandate. Tbe Chairman of APOSSIN, Adewale Adebayo Oluwafemi and Secretary, Emeka Peter Ikechukwu, who accused the NPA of not been able to secure facilities around the port, yet it is after SAA that has brought some safety and trust for global shipping lines calling at the nation’s ports in Lagos.

APOSSIN further noted that this is made evident from the complaint by the General Manager of Greenview Development Nigeria Limited, Apapa – Lagos, Yakubu Abdullahi, of constant attack of its terminal by sea thieves.

They noted that it will not be out of place for NPA to concentrate of providing security for ships that are berthed at the nation’s ports first.

Eyes Of Lagos learnt that, They explained that the “SAA is an initiative of the Nigerian Navy and OMS that has brought stability and security to ships calling at the nation’s ports. SAA was created because of demands from ships making port calls to Lagos to give the captains extra comfort while at anchorage awaiting allocation of berthing space. The facility, we gathered is intended to collaborate government efforts and not a replacement.

“Just like on land where organisations and even individuals on their own free will employ private security to secure their assets, inspite all the available security provided by government; the facility is for those that wish to utilise the services.

“It is operated by the Nigerian Navy but logistically supported by OMS – a private-sector initiative to add value to government efforts.

“It was established in collaboration with Nigerian Navy on 27 February, 2013 to offer dedicated security patrols services for vessels that demand extra protection while waiting offshore Lagos for berth allocation or conducting Ship-To-Ship, (STS) operations.

“It is purely a service rendered on demand and was never made compulsory for all vessels making port calls to Lagos. It provides a minimum of three security boats patrolling the area 24/7/365. The boats are operated by the Navy but logistically supported by OMS.

“We are aware that in the past six years it has operated, the facility has delivered 100 per cent success as there has not been any successful pirate attack on any vessels using the SAA. This success story has made it a comfort zone and preferred location for captains of vessels coming to Lagos.

“It is a security solution that is working. We gathered that with the agreement, 26 vessels that opted to utilize the service are being protected in the SAA as at today and three are conducting STS. The shipping community should not be deceived by the NPA announcement that security is free, without any physical presence of some deterrence. If the patrol boats OMS is supporting to protect the area are withdrawn today without any immediate replacements, the vessels would be exposed to real grave risk.

“While NPA is waiting for the arrival of the boats promised, the wise counsel is not to disparage the existing working solution to avoid chaos in Lagos waters.

“Another point to note is that procurement of boats is only a fraction of the solution, the logistics to run, maintain and keep them in water all the time is very huge and even much greater. “Experience has shown that this is seldom provided in sufficient quantities to the services, of course because of other competing needs of national importance. This is the gap OMS is filling for the Navy to maintain the required constant presence at the SAA.

“OMS is working under the Nigerian Navy (not NPA) operates the Secure Anchorage Area, a relationship that has been communicated and NPA duly acknowledged the occurrence by publishing the Marine Notice in 2014.

“Just like the Nigerian Navy cannot proscribe any arrangements NPA has with any company to deliver on it’s mandates, NPA has no authority to disband an arrangement put together by the Nigerian Navy that is providing security offshore for members of the shipping community that choose to utilize the services.

“The SAA arrangement is working and has helped to reduce the piracy occurrence in the region (check the IMB latest report on the Gulf of Guinea) and most importantly, at no cost to government.

“The 2,000.00 dollars charge per day is not anchorage dues as errenousely described by the NPA but simply to offset the cost of acquisition of the patrol boats, and provision of the logistics support needed to operate them to achieve the 24/7/365 presence required to deter the criminal elements.

“The SAA is therefore complementing government efforts rather than opposing them and should be encouraged as a successful home-grown solution to make the nation’s maritime domain safer and more secure.”

The group further noted that in the SAA, OMS is working assiduously to support the Nigerian Navy to deliver on its mandate to the nation and Nigerians in general.

They also stressed that the SAA is an excellent example of private-sector support to government. The $2,000.00 charged barely covers the cost of fuel and assets maintenance for maintaining 100 percent presence required to keep the criminal gangs away from international shipping to Lagos.