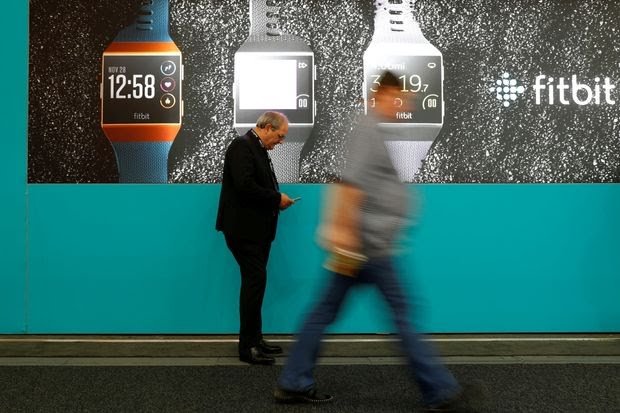 Google reached a deal to buy wearable fitness products company (Fitbit Inc.) for roughly $2.1 billion, a move that intensifies the battle among technology giants to capture consumers through devices other than smartphones.

For Google, the deal marks a further push into consumer electronics, an area where it has yet to gain significant traction to complement its massive internet-search and advertising business. It also puts Google in renewed and direct competition with Apple Inc., which this week said rising sales of wearables and related services were becoming a bigger driver of its earnings

Google, a unit of Alphabet Inc., said Friday it will acquire the maker of fitness trackers and smartwatches for $7.35 a share in cash, a 19% premium to Fitbit’s closing price Thursday and a more than 70% premium from last week before deal talks were first reported by Reuters.

Fitbit makes so-called wearables, or watches and bracelets that primarily track health information like heart rate. It also has a paid subscription service that suggests exercises and other lifestyle changes based on the individual data it collects.

Given that Fitbit collects such myriad and personal data on its users, the deal will also raise issues around consumer privacy. In announcing the acquisition, Google said it would not use Fitbit data to help power its massive online advertising business.

“Similar to our other products, with wearables, we will be transparent about the data we collect and why,” Rick Osterloh, the head of Google’s hardware division, said in a statement. ”We will never sell personal information to anyone. Fitbit health and wellness data will not be used for Google ads. And we will give Fitbit users the choice to review, move, or delete their data.”

For all their promise, wearables as a category have had as many misses as hits. Google several years ago launched a brand of smart glasses that attracted as much ridicule as buyers.

Whereas Fitbit has only 28million active users despite making over 100million sales of its gadgets.

Here are a few acquisitions by Google Inc: