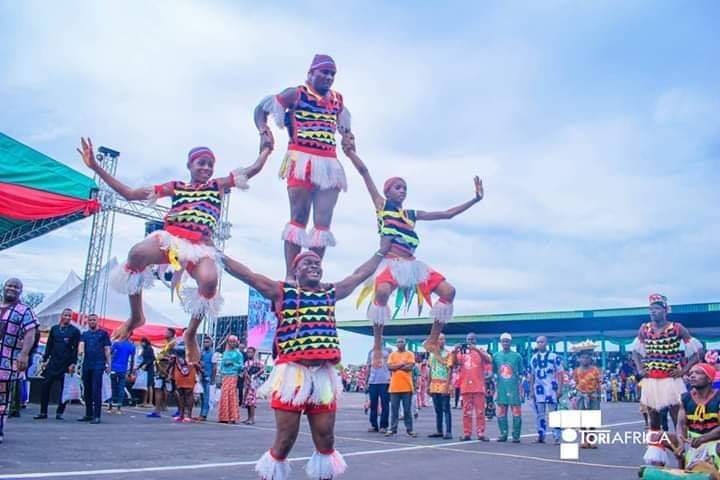 MKPOKITI DANCE
Does that Ring a bell!?

Mkpokiti dance was founded in 1959 by late Chief Festus Okoli Nwankwo of Ugwunano village of Umunze in Orumba local government of Anambra state.

In 1970, all the states of the Nigerian federation were summoned in Lagos to celebrate the end of the civil war. Among the programmes lined up for the celebrations was the cultural dance competition from all the states. A cash prize of 3,000 British Pounds and a gold gong were prizes for the first place in cultural dances. The competition started from villages to the divisions and to the states. From village level to the national stage, Mkpokiti secured first position and won the coveted gold gong and cash prize in Lagos.

This stimulated other dance groups in the country with the result that in 1971, many dance groups registered for the competition. The final competition for the year took place in Ibadan and Mkpokiti maintained the lead.

In 1972 – 1973 in Kaduna, the case was the same. Since inception, the Mkpokiti dance group has never obtained a second position in any competition. Formerly, Anambra state government chose Mkpokiti as its state dance but after the continuous clinching of first position in national competitions, the federal government adopted Mkpokiti as a national dance. Mkpokiti represented the federal government in FESTAC ’77 at Lagos. In New York, Washington, Jamaica, Barbados, Brazil, Venezuela, Trinidad and Tobago, Cuba, Port of Spain, and England, Mkpokiti dance has been exhibited as the greatest cultural dance in Africa.

The Satinsheen Company under the management of Miss Franca Afebua took Mkpokiti dance to a global competition in Wembley, England. All the groups competed in Oxford University, England. As expected, Mkpokiti dance secured the1st prize there and carried the World Cup back to Nigeria.

The federal government has taken Mkpokiti dance group to ALL THE PARTS OF THE WORLD except Australia. The achievements made in these travels including winning the World Cup multiple times even in New York, Algeria and North Korea a few years ago rightly crowned the legendary Mkpokiti dance of Igbo people the great. Written by Dunu Okigbo