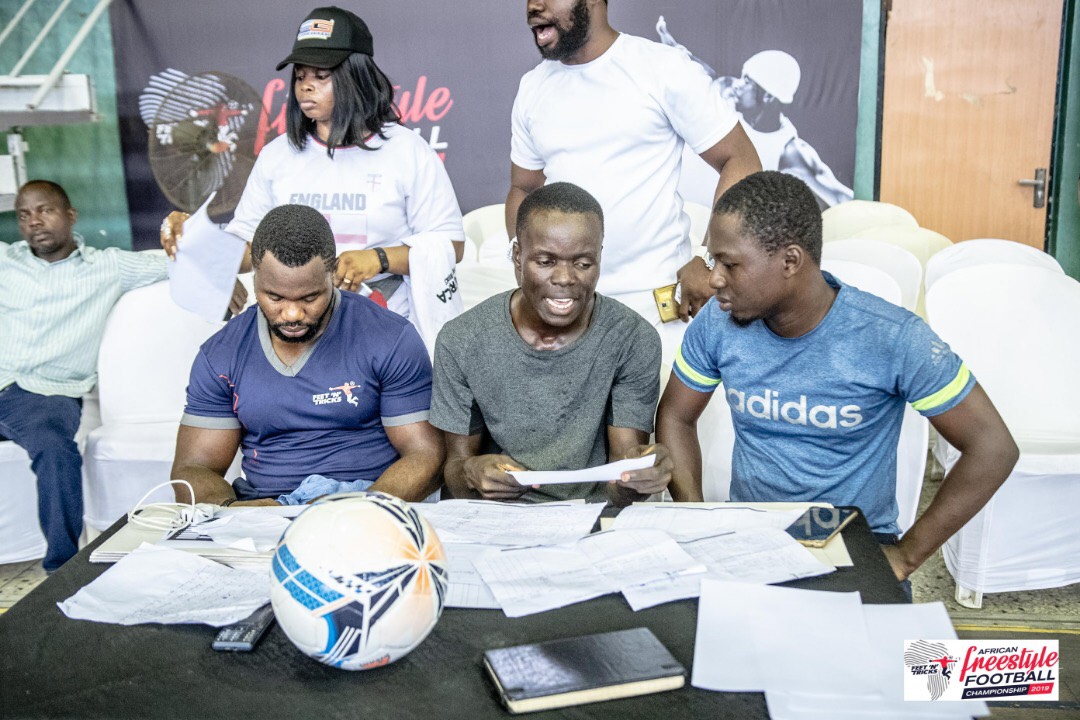 Music and Sports mixed beautifully over this past weekend as over 40 freestyle footballers participated at the 2019 edition of the African Freestyle Football Championship organised by Feet ‘n’ Tricks under the authority of World Freestyle Football Association commenced on a colourful note at Rowe Park on Saturday in Lagos. The audition was hosted by Street dance hotshot ‘Poco Lee’ with support from Xtacyand judged by three time Ghanaian Freestyle Football Champion ‘Joel Asare, Kemen (of Big Brother Fame) and Abass Suara. The rather intense auditions were punctuated by fun Zanku challenges spearheaded by Pocolee as well as performances by crowd favourites Raybekah and Brainee. John Benjamin emerged winner of the Lagos Regional Championship following a keenly-contested final with Larry Etuduvwun while Taiwo Oni finished third. Damilola Adeshina emerged the as the first female winner while Augustina Unamba and Mariam Olaobi came second and third position respectively. Super Falcons forward, Rasheedat Ajibade, who is the defending champions of the women’s event of the championships, will be aiming for her third straight title when the crème-de-la-crème gather in the final later on September 14th and 15th this year. The event also witnessed a colourful addition of Panna championship with 16 athletes locked in battles that saw Oscar Ifeanyi emerging as Regional Champion. For the endeavour, the top three in both the male and female categories when home with the sum of N100,000, N75,000 and N50,000 for first, second and third place position.

Feet ‘n’ Tricks Chairman, Valentine Ozigbo, expressed delight at the growing enthusiasm of youths to freestyle football stating it was getting bigger in terms of participation and awareness across the country.He also revealed that the Championships would be covered live across the Continent and beyond on multiple terrestrial and digital channels..The Lagos auditions mark the start of the four regional championships in Nigeria with Delta State, billed as the next port of call for the ball juggling extravaganza on Sunday June 30 at the Brownhill Event Centre, Warri. Owerri, the capital of Imo State, will then hold the penultimate regional championship on July 6 at Cubans Lounge before the series will climax in Nigeria’s capital, Abuja on July 13 at Central Park. The grand finale is scheduled for Lagos on September 14 and 15 with over 100 participants representing about 30 countries expected to participate. All the regional auditions will be hosted by Poco Lee while Joel Asare is confirmed as the lead judge for same.