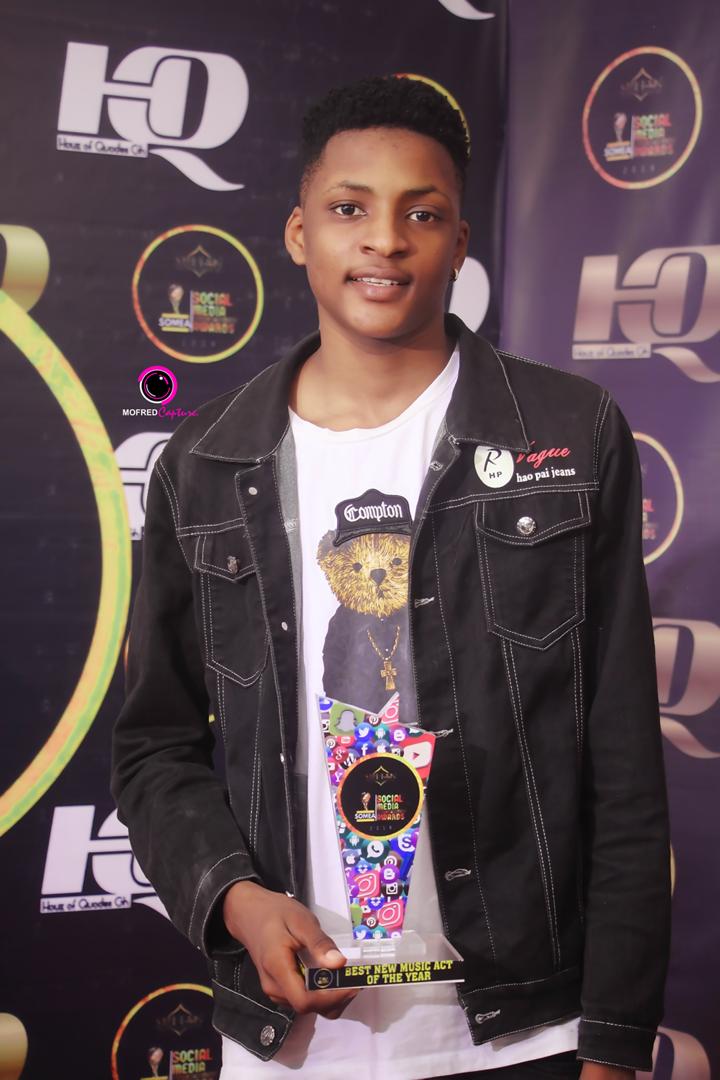 The event which happened last night, 13th July, 2019 at the KNUSTFORD Hall saw many artistes, entertainers and their management being honoured.

Picking up his plague, Miyaki who was accompanied by his management expressed his utmost gratitude to the organizers of the awards scheme, his management and all his fans.

His Manager, Emmanuel Opare Boafo(aka Mod Dee), in an interview called on fans of Miyaki to keep supporting him. He also urged them to watch out for more hit songs from his artiste this year as well as in the coming years.

The Social Media Entertainment Awards 2019 is an award event scheme to celebrate and honor excellence in media influence.