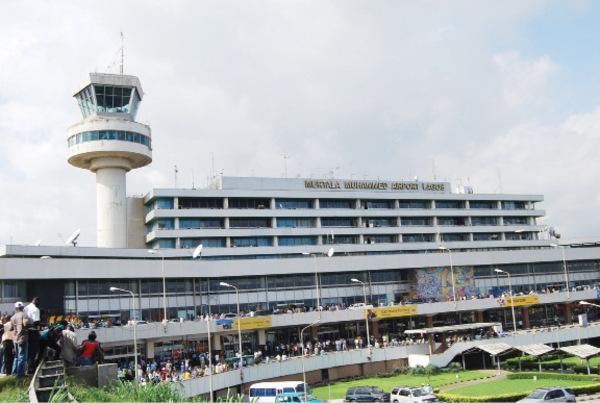 One of the drivers of Airport Car Hire Association of Nigeria (ACHAN), Murtala Muhammed International Airport (MMIA), Lagos, Mr. Adeniyi Olayinka has returned a sum of N888,000 and an international passport forgotten by a passenger in his car to the passenger.

Eyes Of Lagos gathered that, Olayinka told journalists at the airport on Wednesday that he discovered the items in an envelope left behind by the passenger on the back seat of the car shortly after he returned to the airport from Ibese Ikorodu destination of the passenger.

The driver who doesn’t have a car of his own, but works as commissioned driver to another member of the association, said it never crossed his mind to covert another person’s belonging because it would put another family in sorrow and it is against the orientation given to every member of ACHAN in the airport.

“Though it could be tempting to some people to see such money and pocket it, especially when their income is very poor. As for me, it never crossed my mind to do so. Because it would create sorrow in another family and also such idea is against the orientation we are given at ACHAN by our leaders,” he said.

Explaining how he found the money and the passport, Adeniyi who has been operating in the airport for fifteen years said: “At about 1:30am on Monday I met this passenger on arrival at Murtala Muhammed International Airport, Lagos. I negotiated with him and we agreed at N6000 to transport him to his destination at Ikorodu. I returned to the airport immediately I dropped him at his house. But no sooner I arrived and parked my car at the airport I discovered that an enveloped had been left behind on the back seat of my car. I picked the envelope and opened it. What I saw was his international passport. I looked further into the envelope and discovered there was another white envelope inside. I opened the second envelope only to discover that something was wrapped in it. When I removed the wrapper I discovered it contained mint fresh notes of US currency. They were in $100 denomination. I counted and they were 24 in number totalling $2,400.  When converted at prevailing rate of N370 as at Monday morning, it amounted to N888,000.

‘’Based on the orientation and instructions we received from the leadership of ACHAN on weekly basis, I reported the findings to the officer on duty at the arrival car park of the airport. I was instructed to drop the parcel and its contents at our secretariat at Murtala Muhammed International Airport.

“Since I didn’t have the passenger’s phone contact, I had to go to his the place where I dropped him to inform him or his family member of the discovery. But by the time I got to the passenger’s home at Ibese, Ikorodu, I was told he had returned to the airport to look for the lost parcel. As I was leaving the house in Ikorodu, I got the call from our secretariat that the passenger was already in the airport to report the loss”.

Speaking on the recovery, the passenger, Engr. Dele Ayeni who said he was a living testimony to the advantages of taking cabs from registered point at airports, believe there is hope for Nigeria in many way.

‘’ I arrived Lagos, Nigeria from Cairo on July 29, 2019 at about 1:30 am on Monday. My intention when I arrived was to call an Uber operator to pick me home as soon as I step out of the terminal building. But as I was coming out of the terminal, I met this polite driver who agreed to take me to my destination at Ikorodu at an agreed price of N6,000. While on the way, I decided to drop my jacket on the floor of the car to avoid been notice as a very important man sitting in the rear seat of the car.

‘’ Immediately we got to my house in Ikorodu; I removed my jacket from where I had kept it and also my luggage, without noticing that the envelope in the jacket had dropped on the back seat of the car.’’

One thought on “Airport Worker Returns Lost N888,000 To Owner”