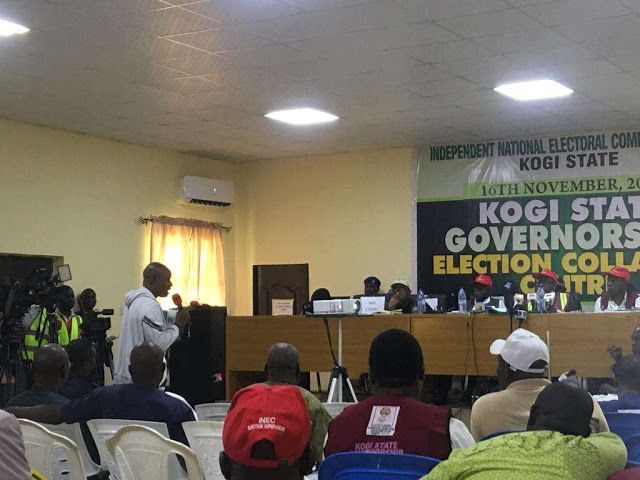 The Olamaboro LG collation officer reports that an INEC ad hoc official was kidnapped during voting and that there were incidents of violence in four registration areas; 6,877 votes were cancelled as a result of this.

Eyes Of Lagos gathered that, The APGA agent further backs this claim saying that there was no election in Olamaboro LGA. “What happened is the abduction of electoral officers and snatching of ballot boxes. We don’t think what is here is good enough to be presented to INEC.”